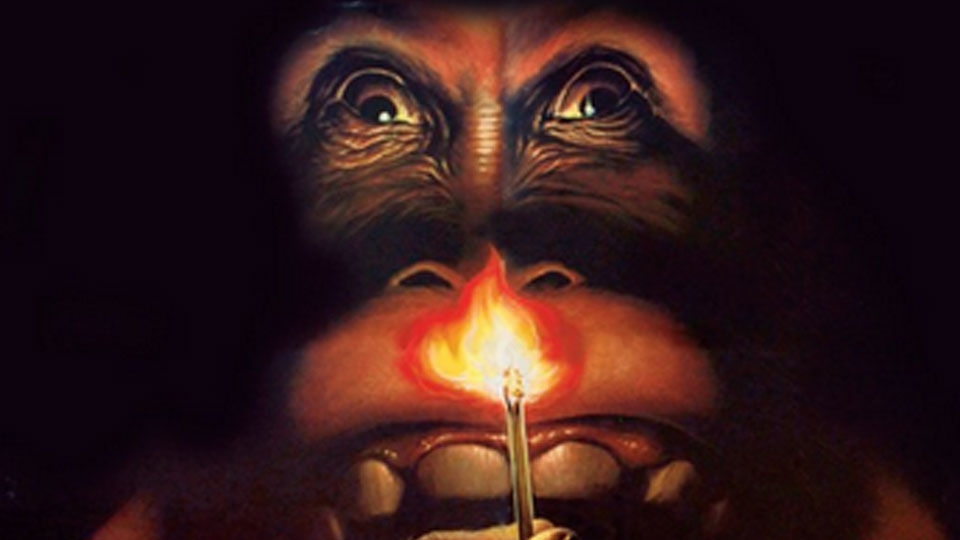 Student Jane Chase (Elisabeth Shue) asks her Professor Dr. Steven Phillip (Terence Stamp) if he needs an assistant to help with his work. He hires her to be a live-in assistant at his desolate cliff-top home where he studies chimpanzees and keeps three of his own; Imp, Voodoo and Link. As Jane gets a glimpse into the professor’s world, he disappears leaving her to look at the three chimps alone. Soon Jane notices a dangerous turn in Link’s behaviour and finds herself battling against him for survival.

Link was originally released in 1986 and is a British horror/fantasy film. Directed by Richard Franklin with a screenplay by Everett De Roche, the film is an exploration of the power struggle between humans and chimpanzees. Essentially the majority of the film sees Jane slowly realise that her new chimp friends aren’t as cute and cuddly as she first thinks. When Dr. Phillip disappears suddenly, Jane is left to fend for herself and there are some rather tense chase sequences.

Unfortunately plot wise there’s a lot of unnecessary repetition. When Jane manages to escape from the house she always finds a reason to go back. There’s a lot of running to and from the house that serves only to lengthen the running time rather than enhance the story. Jane’s decisions don’t make a whole lot of sense either at times. Surely if you’re being attacked by a chimp (or by anything for that matter) you should just run as fast as you can in the opposite direction?

Jerry Goldsmith’s score really undermines Link throughout. At times it feels as if it’s veering on comedy despite the action unfolding on the screen being tense and even a little scary. It sounds a little like something you’d hear in the circus, which could well have been intentional due to Link being a former circus chimp, but it just doesn’t work at all. It’s frequently intrusive when a subtle mood-setting score would have better sufficed.

Something else that is utterly baffling is the decision to use an orangutan rather than a chimp for Link. Both Imp and Voodoo are played by chimps but oddly Link is clearly an orangutan with dyed fur. He is frequently referred to as a chimp but he quite clearly isn’t one. It prevents you from really getting into the story and is distracting.

Elisabeth Shue really holds the film together. She’s always been a watchable screen presence and she brings a lot to the role of Jane, despite the character being severely under-written. Terence Stamp is fun to watch too in his all too brief role.

Whilst Link is not a perfect movie by any stretch of the imagination it is an enjoyable watch. We wouldn’t necessarily call the film a horror but it’s certainly horrific as the events escalate. With a tighter story and a better score it could have been very different. As it is Link is a fairly effective film that could have been so much more.