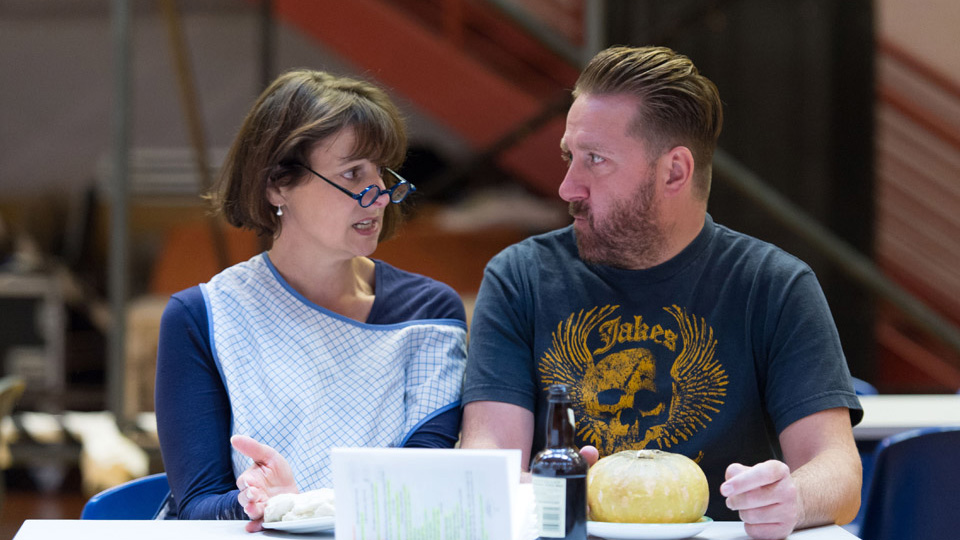 Torn away from his family on a miscarriage of justice and exiled for fifteen years, Sweeney Todd returns to London and discovers the terrible truth about his wife and daughter. Hell-bent on revenge he takes up his razors to become the most infamous barber of all time. Dishing up his recipe for justice with the help of enterprising pie-maker Mrs Lovett, Sweeney Todd begins to clean up London the only way he knows how.

This striking show is designed by Colin Richmond, whose credits include Doctor Faustus, Annie and Animal Farm. It features David Birrell as Sweeney Todd, a role for which he won Best Actor in Critics Award For Theatre Scotland. The show also established Sondheim and West End performer Gillian Bevan in the role of Mrs Lovett.

Performed in the Playhouse’s Quarry Theatre, Sweeney Todd features a cast of sixteen performers and an orchestra of nine. It brings together an outstanding team of musical creatives including celebrated composer/musical director David Shrubsole as musical supervisor and orchestrator, George Dyer on musical direction and Nick Winston as movement director.

Sweeney Todd runs at the West Yorkshire Playhouse from 26th September to 26th October before transferring to the Royal Exchange. Tickets cost £12- 28. For more details contact the box office on 0113 2137700 or visit www.wyp.org.uk.