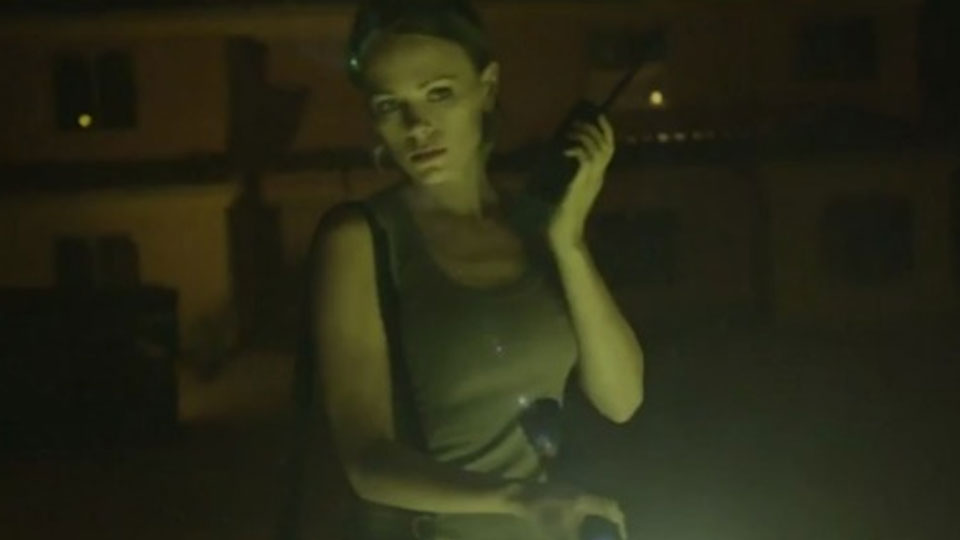 Internet journalist Anne Rowland (Katia Winter) is devastated when her friend James (Michael McMillan) disappears after being filmed taking a mind-altering drug known as MK-Ultra. Linked to a government conspiracy the drug has apparently been tested at length on unwilling patients in secret laboratories. Determined to find her friend alive, Anne reviews the last tapes he filmed and seeks out a writer who may have the key to her investigation. As Anne starts to uncover the truth she puts her own life in danger and discovers there’s more to the conspiracy than she could have ever imagined.

Banshee Chapter is the debut feature from director Blair Erickson. A mixture of found-footage and seemingly self-filmed segments, the film goes for a realistic aesthetic encouraging the audience to feel a part of the proceedings. Unfortunately this effort is wasted thanks to the unnecessary 3D which serves to break rather than encourage the illusion. That aside Banshee Chapter is a surprisingly effective horror with plenty of real scares that had people jumping out of their seats. We may have even heard a couple of screams too during the World Premiere at Film4 FrightFest.

Whilst there’s no denying the effectiveness of the movie there are plenty of plot holes and a serious lack of logic. Honestly this didn’t hamper our enjoyment of the film but on reflection it means we simply enjoyed it rather than loved it. Anne’s relationship to James is told through a series of clunky flashbacks with voiceovers to make sure you understand what the film-makers wanted you to understand. There are also too many moments with Anne spelling out what she thinks is going on throu conversations with writer Thomas Blackburn. It’s almost as if the film knows it makes little sense so it hammers you over the head with is sketchy plot.

When we first heard that Swedish actress Katia Winter was the star of the movie we were a little worried. Her turn as a stripper in season seven of Dexter left a lot to be desired. Whilst it’s a stretch to believe she’s a journalist that can get her head around medical science, we have to admit that her performance was actually pretty decent. Perhaps her niche is as a horror leading lady? The standout is Ted Levine as writer Thomas Blackburn who gets many of the best lines and brings a bit of humour to the dark and at times heavy proceedings.

Banshee Chapter is a solid scare fest but it’s unlikely to stick in your memory once the credits have rolled. For a debut feature it shows promise but the lack of detail in the story and the unnecessary 3D really lets it down. We’d say it’s worth checking out for the handful of decent scares and if you like your horror intense this should be very satisfying.