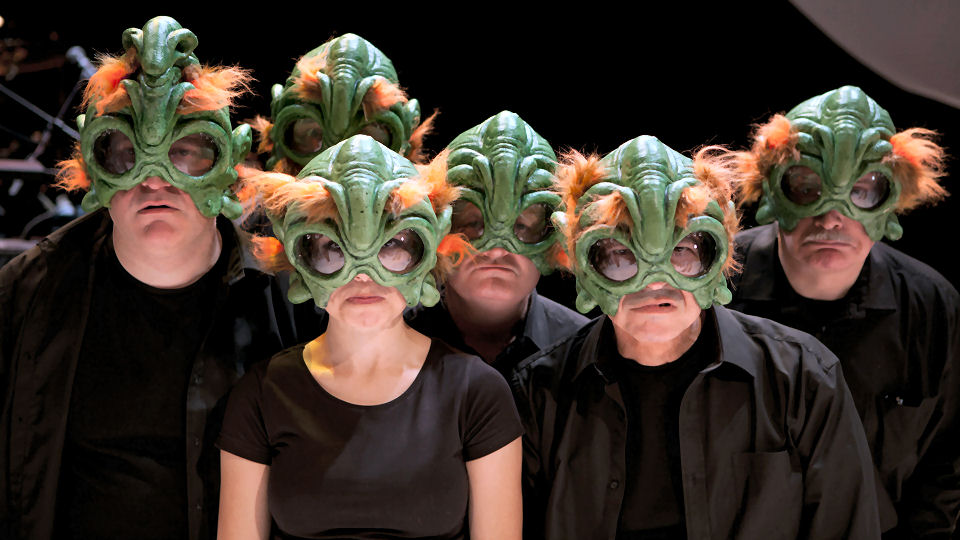 Doctor Who star Colin Baker has been confirmed as the special VIP guest voicing The Voice of the Book in The Hitchhiker’s Guide to the Galaxy Radio Show – Live! at Leeds Grand Theatre later this year.

The Hitchhiker’s Guide To the Galaxy originated as a radio series and one of its most unique elements was a Narrator – The Voice of the Book – who punctuated the action by reading out Hitchhiker’s Guide Entries in a friendly if slightly quizzical way.

Over the five Hitchhiker’s radio series the Voice was played first by the acerbic Peter Jones and then by the avuncular William Franklyn. Both these much-loved voices are sadly gone, and so for this new live radio version of the show, guest ‘Voices’ will join the original radio cast on stage to re-create Douglas Adams’s unique masterpiece. All are fans of the Hitchhiker’s books and many have personal connections to Douglas either as friends or through his work.

The Hitchhiker’s Guide to the Galaxy became an instant classic on its launch as a radio series. In 2012 Douglas Adams’s creation exploded back into life as a ground-breaking stage production – a radio show like never before, packed with laughter, robots, really wild sound effects and drinks with extremely silly names.

Adapted from Douglas Adams’ novels and directed by Dirk Maggs, Douglas Adams’s choice to conclude the saga in its original medium, The Hichtchhiker’s Guide to the Galaxy Radio Show – Live! proved an overwhelming hit when it first toured in 2012.

It was seen by over 35,000 people, with fans young and old discovering and re-discovering Vogons, Babel Fish, Marvin the Paranoid Android and exploring the unique and hilarious Whole General Mish Mash According To Douglas Adams.

The Hitchhikers Guide to the Galaxy Radio Show – Live! is at Leeds Grand Theatre on Thursday November 14th this year. Tickets are on sale now priced from £19.50 to £28.50. Book online at leedsgrandtheatre.com or call box office on 0844 848 2700.