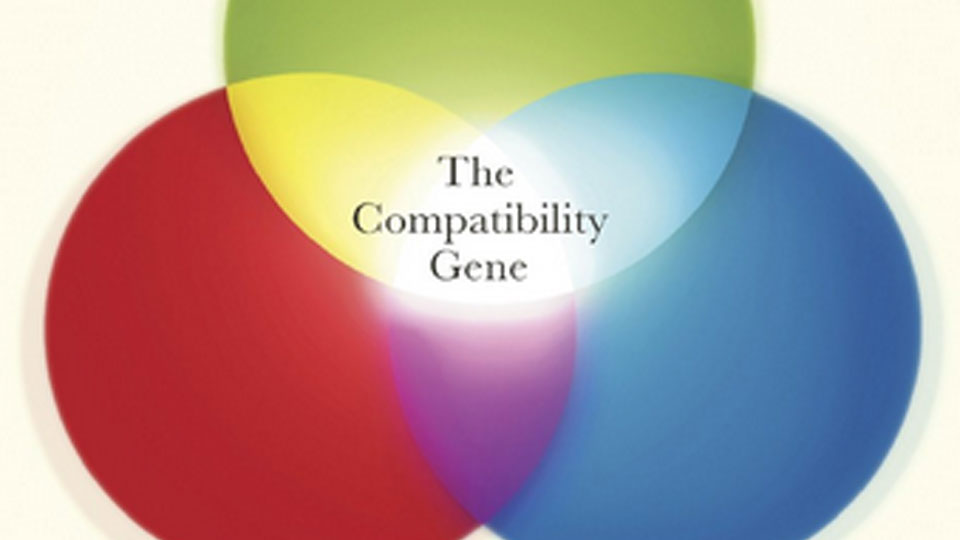 If you’ve ever wondered which genes make you unique – varying the most from person to person, and how our bodies recognise self from non-self and fight infections in the daily struggle to stay alive – then this will be the book for you.

Author Daniel M Davis explains these genes’ significance: “By controlling our response to disease, our compatibility genes influence how we live, when we die – and from what we die”.

The Compatibility Gene is at the cutting edge of the biological sciences. Its sweeping history of these genes’ isolation within the genome, our increasing understanding of how they work and why they are important is a modern story even in the history of science. Unfolding like a mystery story, the book incorporates successful organ transplantation, immunology, genetics and even neuroscience.

The Compatibility Gene is full of great, informative, detailed science. It’s also majestically written and thoroughly engaging – author Daniel M Davis’ passion for his subject burns from the page; but he has a flair for storytelling which is essential for any popular science writer to communicate his work to a lay readership. However I would suggest that the work will find its natural readership amongst those who already have some basic knowledge of and zest for understanding the biological sciences and the mechanism of heredity. More casual readers are liable to breeze through part one, but become bogged down with the science in the final two parts: though careful readers will be rewarded by Davis’ well-structured explanations.

The opening third presents some wonderful stories about the scientists behind the early work in the field. The second third explores in some detail the isolation of compatibility genes and the experiments that helped us understand how they influence the immune system. The last third tentatively brings us to the cutting edge (well – as science doesn’t stand still – but it’s as up-to-the-minute as any book can ever be) of the study of our compatibility genes and ideas about where the ever-expanding knowledge of the field may go next.

The book opens with Peter Medawar’s research on skin grafts in the 1940s, which had ramifications for solving the problem of tissue rejection in organ transplantation. Davis skilfully paints Medawar as a fascinating character in his own right – a compulsive worker and neglectful husband and father who refused to step down from his university position or even slow down his work rate after a debilitating stroke. Medawar’s colleague Leslie Brent has a stark but incredible story too. A German-born Jew, he had to flee his home country when the Nazis came to power and later found out that most of his family were murdered during the Holocaust, and coped by throwing himself into work.

Christiaan Barnard’s first successful heart transplant operation in South Africa in 1967 is a dramatic story. Bernard comes across as a colourful character too – and his work raised the ethical issue of defining when a person is medically dead so that organs can be harvested: thus the concept of brain death came to be born. Such human stories and intriguing moral issues bring the science to life, transcending academic research and resonating through the daily lives of everybody through an influence on medicine and ethics.

Perhaps it’s the characters behind the science who pepper the book that make it so memorable. From Medawar and Barnard to the Australian Macfarlane Burnet, Davis vividly captures the dogged determination and burning ambition that has driven some of the biological sciences’ most famous names in recent decades. Even Woodie Guthrie makes an appearance, though in the context of his erratic behaviour after the Huntington’s Disease that killed him took a grip.

The plethora of scientific stories capture the imagination too, notably the discovery of the different blood groups; research on the AIDS virus and our immune systems’ hugely disparate ways of coping with it; and whether or not mammals’ choice of mate are influenced by the dissimilarity of their compatibility genes.

Just what can you tell about a specific part of a person’s genome from smelling their dirty t-shirt? And how does our brain determine this information? Or is the scientific research on the subject reliable? I guess you’ll have to read the book.

Fascinating, often dizzying and a hugely valuable insight into very recent scientific developments, The Compatibility Gene will answer some profound questions for you, and raise plenty more.