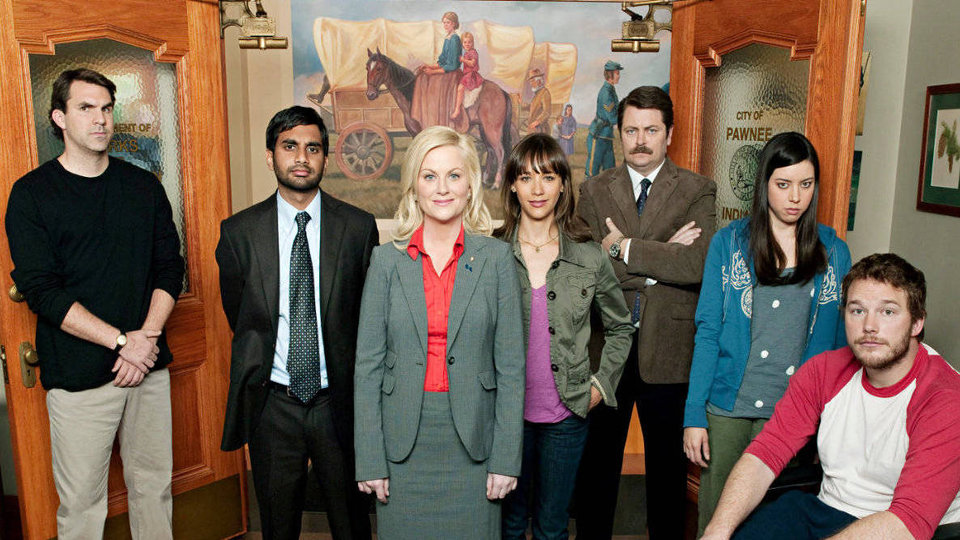 The Emmy® Nominated Parks and Recreation Season 3 is available now for the first time on DVD – including all 16 episodes plus bonus features. Named No 1 TV show of 2012 by Time Magazine, the multi-award winning No 1 hit US Comedy series Parks and Recreation is now in it’s fifth season on US television. It has a massive IMDB Rating of 8.5/10.

With the complete shutdown of the Pawnee government for budgetry reasons, dedicated government employee Leslie Knope (Amy Poehler- Saturday Night Live) and her colleagues plan their most important project yet: The Harvest Festival.

Other series challenges include saving a painting depicting Leslie as a powerful and bare-chested Greek goddess, the search for Pawnee’s missing beloved miniature horse  Li’l Sebastian- and a resident’s demand for the Twilight books to be added to the town’s time capsule.

To be in with a chance of winning one of 3 copies of Parks & Recreation – Season 3 on DVD, simply answer the question below.

Advertisement. Scroll to continue reading.
In this article:Competition, Parks & Recreation