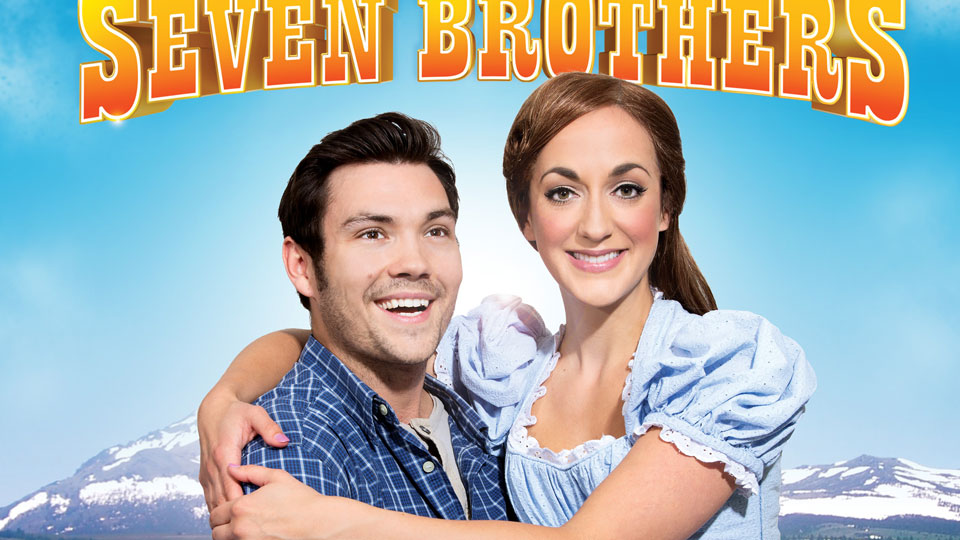 Seven Brides for Seven Brothers, the classic American musical set in 1850s Oregon, is to get a make-over with award-winning choreography by acclaimed Broadway director Patti Colombo, who has already won rave reviews for this version in the US.

Starring Dancing on Ice Champion Sam Attwater and Helena Blackman from BBC1’s How Do You Solve A Problem Like Maria?, this breathtaking new version of Seven Brides for Seven Brothers will open at Churchill Theatre Bromley (Friday 13 – Saturday September 21) prior to its national tour.

Seven Brides for Seven Brothers tells the story of Adam, the eldest of seven brothers living in the rural backwoods, who goes to town to get himself a wife. Convincing Milly to marry him that very same day, he forgets to mention he has six brothers – all living together in his cabin. Milly decides to reform the uncouth siblings, who are anxious to get wives of their own.