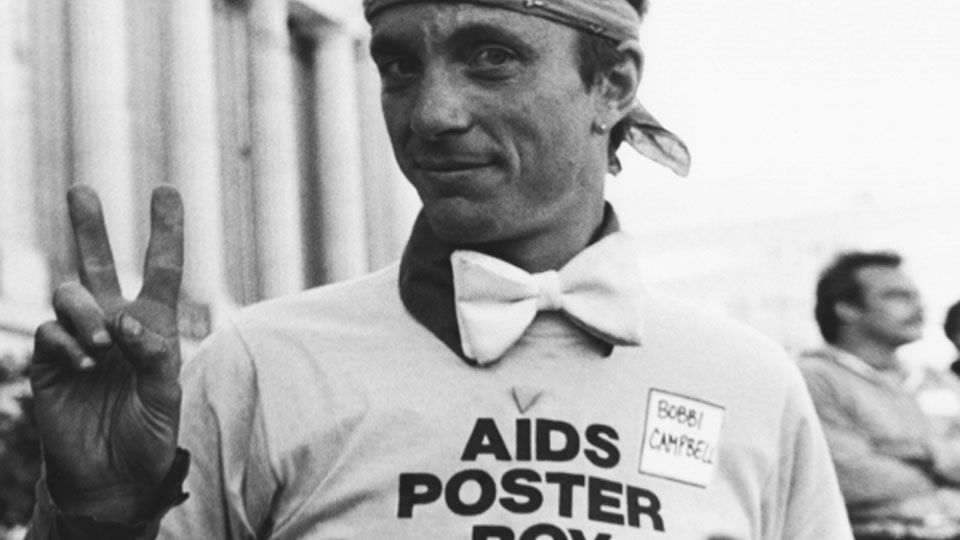 Playing for the rest of August at the Finborough Theatre is a rare yet timely revival of William M Hoffman’s 1985 play As Is. Set in New York City in the early 1980s, As Is documents the sudden and terrifying arrival of the AIDS virus, and poignantly details the devastation it wreaks amongst the gay community.

The action hones in around charming young writer Rich (Tom Colley) and his dependable but ordinary Jewish boyfriend Saul (David Poynor). On the cusp of breaking up as the story starts, the revelation of Rich’s infection is the catalyst for a tumultuous, at times heart-breaking and often inspiring relationship between the two.

Despite (in fact, because of) the heavy subject matter, As Is is an extremely funny piece, and director Andrew Keates manages this with a great delicacy of touch that teases out the humour but never at the expense of credibility. Characters such as the Irish Catholic battle-axe and part-time saint Hospice worker (Clare Kissane) and the two telephone hotline operators (Jordan Bernarde and Paul Standell) form highly entertaining comic grotesques that bring in welcome flashes of overt hilarity, and Hoffman’s neat line in Jewish irony translates well in the UK.

As Is succeeds in evoking the feel of a community, with the supporting actors playing a multitude of parts, from family members to ex-lovers, friends and hospital workers. The constantly shifting locations and time frames lend the piece a sense of urgency; and clever economical and adaptive design (Philip Lindley) enables a phenomenal pace. It’s a gripping eighty-minute play that runs straight through without interval, but ultimately it feels a lot shorter as there are no moments that sag. The small stage area and the audience’s close proximity to it only adds to the intensity.

The play faces moral and ethical issues head on, but without preaching. This is most pertinent when Saul asks Rich if he is still sleeping with other men. There is the deliberately distracting juxtaposition between the splendid aesthetic of handsome, topless and toned gyrating men with the knowledge that, as Saul puts it, anyone could be next, especially if Rich seduces them. Ingenious lighting (Tim Deiling) sees swirling dark red disco lights accompany the music, like red blood cells under a microscope. It’s brave and insightful, and asks: if you were terminally ill but still fit enough to live your life – what would you do?

Everything works about this production, but special mention has to go to Tom Colley and David Poynor for their central performances as Rich and Saul, which complement each other beautifully. Poynor is rock solid in a far less showy part, whilst Colley is astonishingly good as Rich. His flights of fantasy, sassy humour and savage rage, alternating between them often in the space of a minute, are extraordinary to watch. Together, you completely believe their complex, often combative relationship as they take you on a hell of an emotional ride.

In many ways it could have been hoped that As Is would by now have become a historical curiosity with all the relevance of a play about smallpox. Alas, this revival is all-too prescient. Whilst the period costumes and moustaches evoke the 1980s, its story is as relevant today, and will resonate for some time to come.

As Is is a tremendously powerful piece which benefits from universally excellent performances. You’ll laugh, you might well cry – maybe even both. This is a great production of a great play. It’s engrossing, moving, funny and thought-provoking: what more could anyone ask?