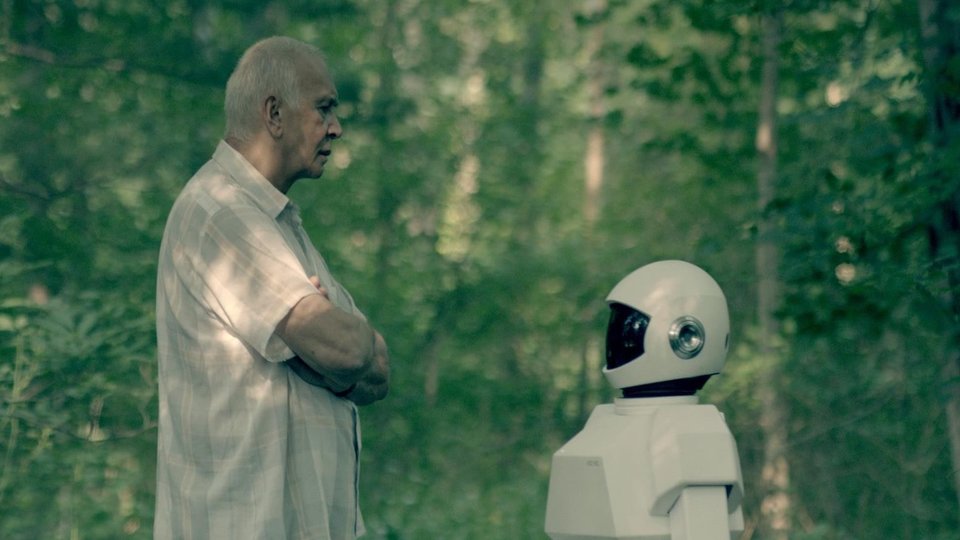 Sometimes the most unlikely of bonds, can prove the hardest to break. From the producers of Lost in Translation and Where The Wild Things Are, comes a heartfelt and charming comedy about an unusual friendship that will make you laugh, make you think and break your heart as Robot & Frank is released on Blu-ray, DVD (out now).

Jake Schreier’s critically acclaimed directorial debut, with a stellar Hollywood cast, including a career- defining performance from Frank Langella (Frost/Nixon, Superman Returns) as cantankerous lead Frank alongside Oscar winner, Susan Sarandon (Thelma & Louise, Cloud Atlas) as sweet and loving librarian Jennifer, James Marsden (X-Men, Superman Returns) as Frank’s son Hunter, and Liv Tyler (Lord of the Rings, Armageddon) as his daughter Madison. Also
starring the wonderful Peter Sarsgaard (Green Lantern, Jarhead) as the voice of the Robot, completing a cast who expertly show that whether you are human or machine, we are all wired in the same way.

Set in the near future, Frank, a retired cat burglar, has two grown children, who are concerned he can no long live alone. Against the old man’s wishes, his son buys Frank a walking, talking humanoid robot programmed to improve his physical and mental health. Slowly, and with a fair bit of reluctance, Frank begins to accept his new digital companion, seeing an opportunity to use Robot’s unique skills to try their luck as a heist team.

Experience a sincere and delightful story of how one man’s reluctance towards technology, can blossom into a life-altering partnership that brings his whole family closer together as Robot & Frank arrives on Blu-ray, DVD and to download now.

To be in with a chance of winning one of 3 copies of Robot & Frank on DVD, simply answer the question below.