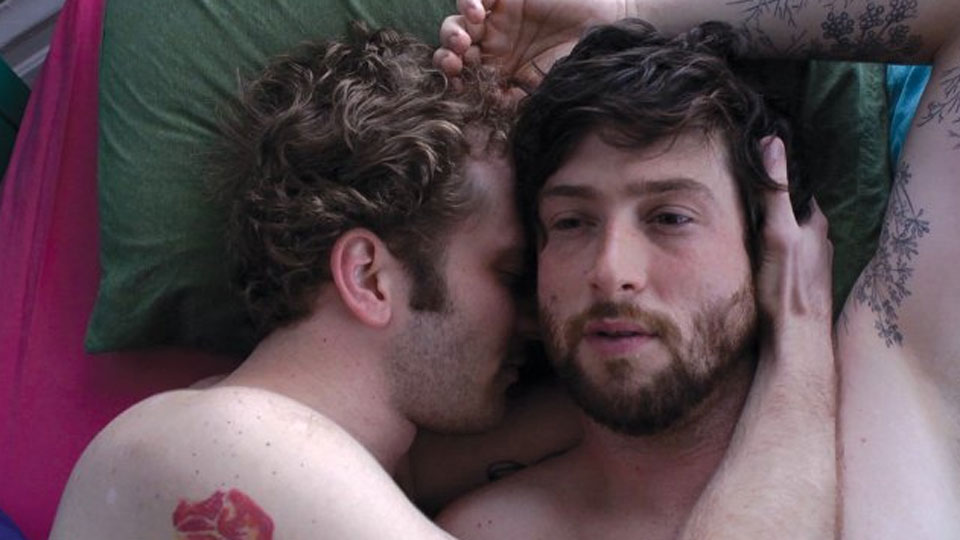 Jesse (Jesse Metzger) can no longer afford to live in San Francisco and decides to move back to his Midwestern roots. As he prepares to say his goodbyes to the friends he’s made during his decade in the city, Jesse holds a going away party. As the party progresses Jesse has to deal with his mixed feelings about moving away and he ponders on various moments of his life.

I Want Your Love attracted a lot of attention due to the involvement Travis Mathews who wrote and directed it. Before the film was even released there was lots of controversy about the graphic depictions of real sex contained within the movie as many critics questioned where the boundaries were between arthouse and pornography. Honestly after watching I Want Your Love we’re not entirely sure you’re going to be any clearer when it comes to answering that question.

For the most part I Want Your Love feels meandering as you float from one conversation to the next with no clear strong narrative holding it all together. Jesse, who is supposed to be the central character of the piece, doesn’t make a huge impression on you. The dialogue feels improvised trying to capture that free-talking indie-arthouse vibe that some films have managed successfully. Here it feels a little stilted and doesn’t actually add all that much to the overall film.

More interesting is the relationship between Wayne (Wayne Bumb) and Ferrin (Ferrin Solano) who find their relationship lacking. These are probably the most rounded characters in the movie and they at least have a solid story around them. Their attempts to kickstart their relationship take them to a surprising conclusion but it at least keeps you interested.