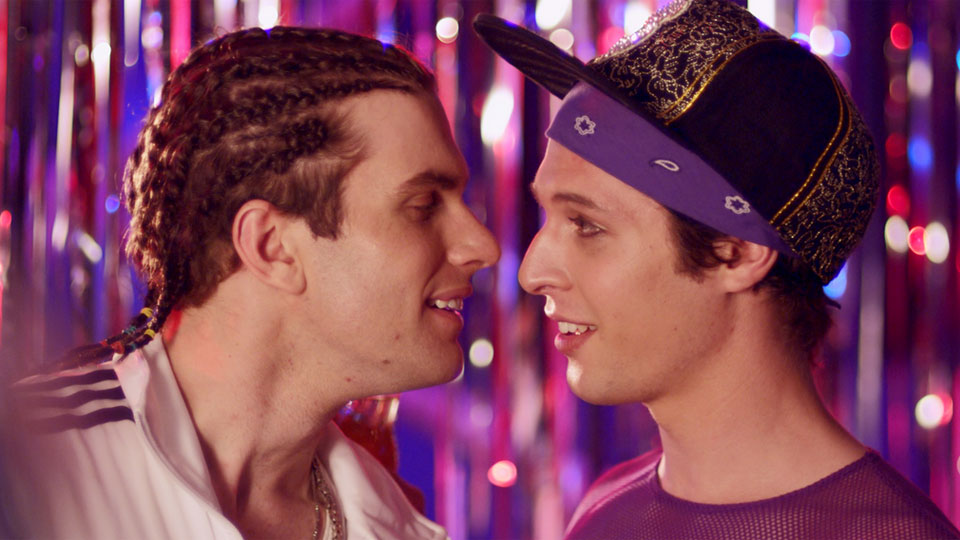 Adapted from his stage play of the same name, Bashment is an exploration of race, sexuality and music. It stars Joel Dommett, MTV presenter and stand-up comedian, in his first lead role.

JJ (Skins star Joel Dommett); an aspiring MC has just arrived on London’s exciting underground urban music scene. He’s got the skills, he’s got the rhymes, and he’s got the drive. But JJ isn’t going to find it easy in this world, not only is he a white boy but he’s also gay. JJ decides to come out onstage at the Urban Slam Finals, taking his boyfriend Orlando (Marcus Kai) with him but the pair know it could get dangerous. When the couple are confronted by the infamous rap crew, ‘the Ilford Illmanics’, a terrifying act of violence changes all their lives forever.

Bashment is due for release through Peccadillo Pictures on 23rd September. watch the trailer below:

In this article:Bashment, Rikki Beadle-Blair