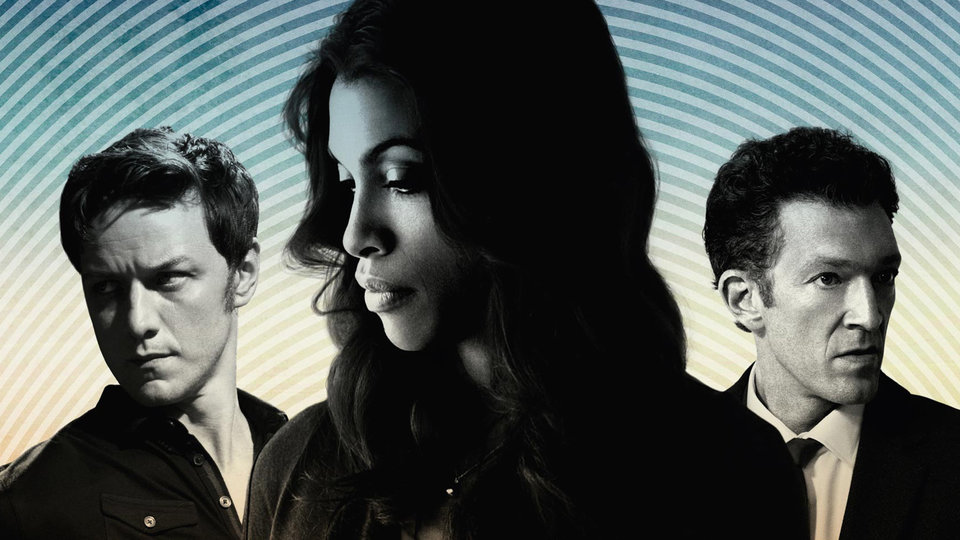 Trance is a curiously entertaining drama that revels in its originality. This is a film that defies categorisation, sitting equally as happy as a thriller, a crime story, a fantasy or a twisted love story. With breathtaking pace, constant suspense and keen direction from national treasure Danny Boyle, Trance is a movie you simply have to witness for yourselves.

Leading the way is James McAvoy who, yet again, delivers a stunning performance. It’s hard to imagine anyone else embodying the duality of his role quite like McAvoy who convinces on both fronts. McAvoy has had a wonderfully diverse CV of late, but the X-Men: First Class star hands in one of his finest ever performances here. You can tell from Trance that McAvoy has transcended the confines of being that next big British hope into an actor who is clearly at the summit of his craft. He also shares a palpable chemistry alongside both Vincent Cassel and Rosario Dawson that makes Trance a true ensemble piece.

Rosario Dawson is frequently the best thing in many sub-par movies but Trance finally gives her the scope and range to deliver a truly memorable performance. Full of strength and vulnerability, it’s Dawson who is the glue that makes this odd trio work. Her role is complex and handled with poise, something that’s integral to how this story eventually plays out.

We all know what Vincent Cassel can do and casting him as Franck was a masterstroke. He gives the token ‘villain’ a real character and understanding that’s masterfully handled. This makes the role so pivotal and, by extension, less obvious to the audience as to how this saga should all end. He wins over the audience with gleeful and calculated exuberance and steals every scene he is in.

As good as the cast are in Trance, the real punch is delivered by Danny Boyle who uses all of his considerable years behind the camera to weave this into a picture-perfect dreamscape. His usual trademark shaky-cam is wisely used sparingly here and instead he lets his heavyweight cast deliver a truly knockout movie. His eye for detail is superb and he manages to frame every scene majestically. This adds to the hallucinogenic feel of the film and transports the viewer deep into this world.

This is a film that runs linear and non-linear at the same time, a film that constantly asks questions and doesn’t provide answers until the end. Scriptwriters Joe Ahearne and John Hodge deserve a lot of credit for seamlessly blending this complex story into a coherent, and more importantly, enjoyable story that will hook you from the start. With shades of Inception, Trance is a film that playfully dances with convention and relishes the power it holds over the viewer.

Trance is a stellar effort from a director at the top of his game. Mix in three outstanding lead performances and a story that constantly surprises and shocks at will and you have one of the biggest surprise hits of 2013. Brimming full of style, substance and passion, Trance will leave you in a giddy trance, and will become an instant cult classic.