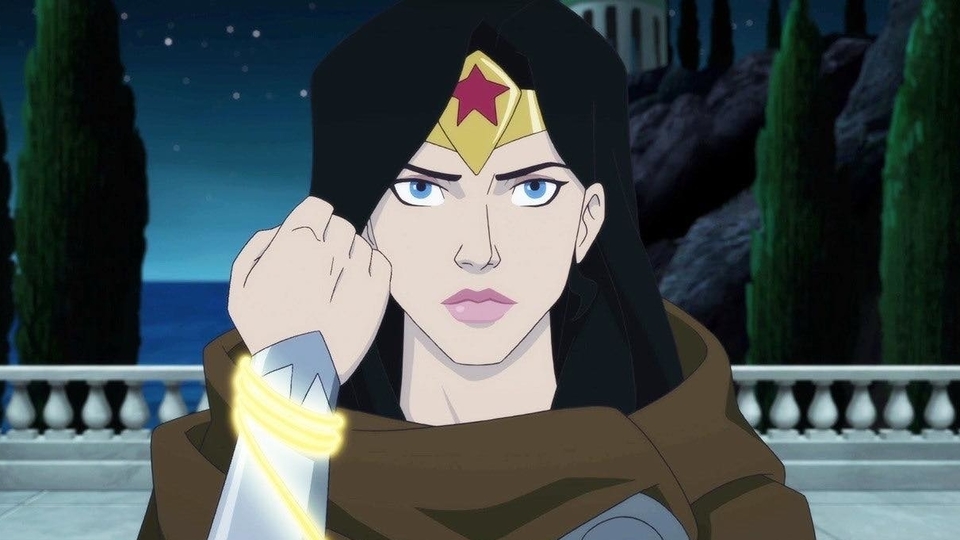 DC have really done well with their animated movies lately, giving a lot of their roster of characters a great platform to really bring some memorable stories to life for the home entertainment market. These films might not have the marketing budgets of their live-action comic counterparts but there’s plenty to recommend here. Taking a chance on one of these adventures, especially if you want to know more about what makes these characters tick, will reward you and your family with an action-packed and edge of your seat experience.

Using the New 52 continuity for most of their animated output, this DC Universe thankfully has more clarity and common ground for fans of the characters compared with the live action DC slate. That gives Wonder Woman some space to breathe, which cultivates a great series of action set-pieces that showcase not only her talents as a fierce warrior, but also her compassionate, diplomatic side.

Retreading familiar ground to some degree, this new movie features Diana’s origin again, but set in modern times (instead of WW2). After she saves Air Force captain Steve Trevor from an attack above her homeland, Diana starts an epic journey of discovery as she accompanies him back to his world after being shunned by her mother. 5 years pass and in that time, Diana takes on the responsibility of saving the world under the identity of ‘Wonder Woman’. When a colleague’s daughter starts working for a nefarious organisation, Diana investigates and soon finds herself confronted by some of her most deadly enemies as they look to attack Themyscira, the paradise she once called home.

The film is blessed with the vocal talents of Rosario Dawson, who once again reprises her role as Diana aka Wonder Woman. Having held the role for a few years now, Dawson has a nice familiarity with the role now and is at ease with everything thrown at her. This is a movie that has a lot of moving parts, and Dawson adapts well to the emotional demands of the story – especially when she evaluates her role in the new world that she is now a part of. She also does a great job with the incidental sounds of Diana, conveying emotional attachment to her be it in the midst of battle or quieter dialogue exchanges.

The supporting talent roster all does well too, with Marie Avgeropoulos sharing a great chemistry with Dawson as Vanessa Kapatelis aka Silver Swan. Marie Avgeropoulos is solid as Steve Trevor. Kimberly Brooks lends her vocal talents to two massive Wonder Woman legends in Cheetah and Giganta. Courtenay Taylor adds a nice air of mystery as Dr. Poison and Cree Summer doubles up nicely as Hippolyta and Medusa.

Of course, the action is a large part to why these DC animated movies work so uniformly well with audiences around the world, and Wonder Woman: Bloodlines relishes the opportunity. Bloodlines has some great set-pieces that really deliver the wow factor for DC’s most prominent female character and it’s so awesome to see her finally get her dues. Highlights include some bruising encounters from the likes of Giganta, Cheetah and Medusa. The live action version with Gal Gadot has helped to some degree, but it’s awesome to see a new generation of fans get a well-made, action-heavy animated adventure with someone other than Batman or Superman at the helm.

There’s a slight lull just before the final act ramps up the conflict, but on the whole Wonder Woman: Bloodlines is a fine addition to the DC animated slate, and one that finally gives Wonder Woman her fair dues on a big scale. I hope Rosario Dawson stays with these movies going forward because she is fast becoming a stalwart for the superhero, much like Gal Gadot does for the live-action iteration. This is surely Wonder Woman’s time to shine now – to be the natural front-facing hero that DC needs and that audiences around the world wants.