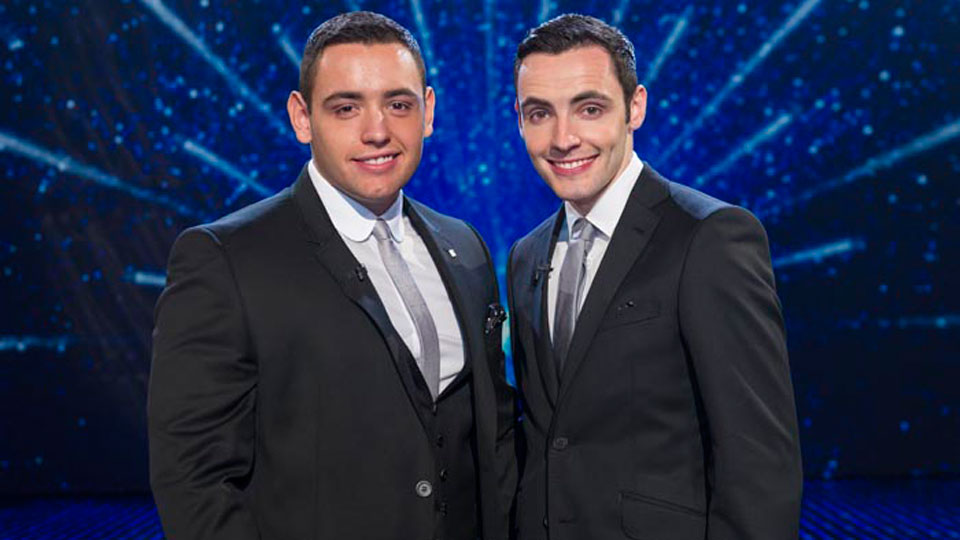 Richard & Adam won over the nation when they finished third in Britain’s Got Talent earlier in the year.

The operatic brothers have now signed a deal with Sony and are releasing their debut album The Impossible Dream on 29th July. They’ve been teasing fans with behind-the-scenes footage and releasing details about the record.

We caught up with Richard & Adam to talk about how life has changed since Britain’s Got Talent, find out more about the making of the record and discuss their feelings about the egg-thrower than over-shadowed their finale performance.

How are you guys today? What have you been up to so far?

We are very well thanks! This morning we’ve performed on QVC which was our first live telly since BGT and now we’re doing some interviews to promote our debut album

You’re releasing your debut album The Impossible Dream. Tell us what fans can expect from the record.

They can expect a compilation of our favourite songs: Classical, Musical, some sang in English, some in Italian, one in Spanish and even a bit of ABBA!

How much say did you have in the song choices for the album? Did you manage to get some creative input?

We sat with the label and all put our ideas out there and ended up with a really great album of classical crossover music. The label was keen for us to do songs which, we felt strongly about. We’re so excited about it coming out.

What’s your favourite track on the album and why?

It has to be the title track ‘The Impossible Dream’ it’s like singing about the journey we’ve been on and the track that’s stayed in our hearts.

The turnaround from finishing third on Britain’s Got Talent to releasing an album has been very fast. Have you had chance to take a moment and celebrate what you’ve achieved so far?

Whenever something is being celebrated in our family, Mum does a big buffet and we get together as a family and have a good laugh. So that’s what we did after BGT – we still can’t really believe that we got as far as we did on the show, the support from people who voted is still overwhelming.

Obviously your finale performance on Britain’s Got Talent got over-shadowed which was really unfair. How do you feel about that now looking back?

We’ll always look back and think we can’t get that moment back but we came third, we’re signed to Sony Records with an album out next week – we’re living our dream and have moved on and don’t hold a grudge.

In what ways has Britain’s Got Talent changed your life?

It’s changed our life completely! We’ve gone from making sandwiches in mum and dad’s shop to being given the opportunity to sing with orchestras, on big stages and go into the recording studio and make an album.

Are you making plans to get out on the road and tour?

We’ve just been discussing a tour which will likely be early next year. We love nothing more than getting on stage and performing live and can’t wait to play for all the people who’ve voted for us on the show.

What advice would you give to anyone who is considering applying for Britain’s Got Talent?

Definitely go ahead and do it. We were unsure at the time but our dream has come true. It gives you an amazing platform and opportunity.

Our album comes out next week so we’ll be promoting that and then planning our tour for early next year. We really hope everyone who voted us on the show will enjoy the album and continue to support us.

Richard & Adam’s debut album The Impossible Dream is released on Monday 29th July 2013. Watch the making of the album below:

Advertisement. Scroll to continue reading.
In this article:Britains Got Talent, Richard & Adam