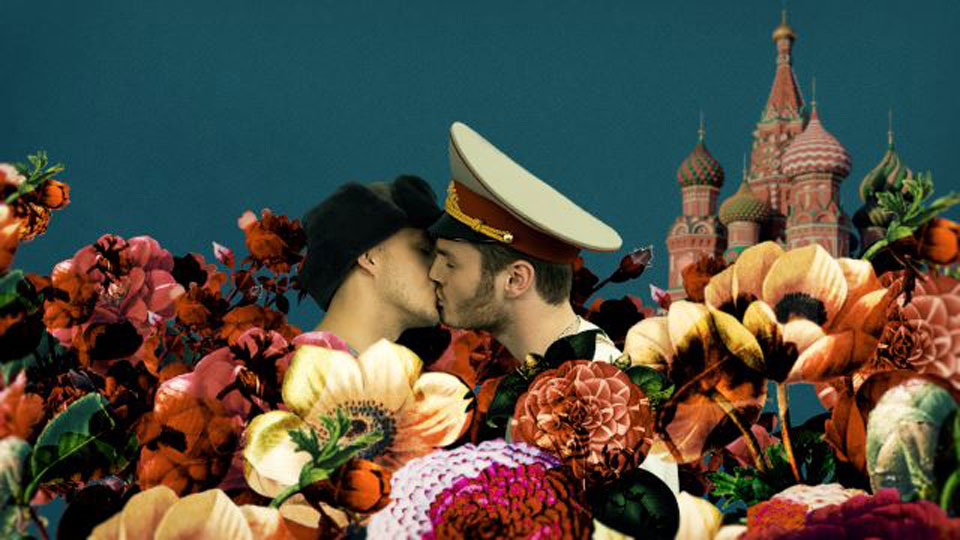 Check out the video for Autoheart’s new single Moscow (album Punch out 15th July). Whilst we adore the band’s jaunty song of innocent love and heartily endorse their views on Irish Red Setters, it’s the accompanying imagery in the video that makes a very positive statement.

With his desire to go in the opposite direction to the West in everything, President Vladimir Putin of Russia is certainly succeeding in the area of LGBT rights, overseeing the signing of draconian antigay legislation into law.

Whilst much of the West is going a long way to protect and cherish its LGBT citizens, in Russia the situation is bleak, with the criminalisation of open homosexuality, and antigay bullying, intimidation and violence at an all-time high.

The sight of two Russian soldiers kissing outside the Kremlin may seem anodyne to us, but until that’s the case worldwide, equality remains a goal rather than a reality.

You can pledge your support for the LGBT community of Russia by signing this petition.

Autoheart’s single for Moscow/Agoraphobia is out now. Punch is released 15th July.