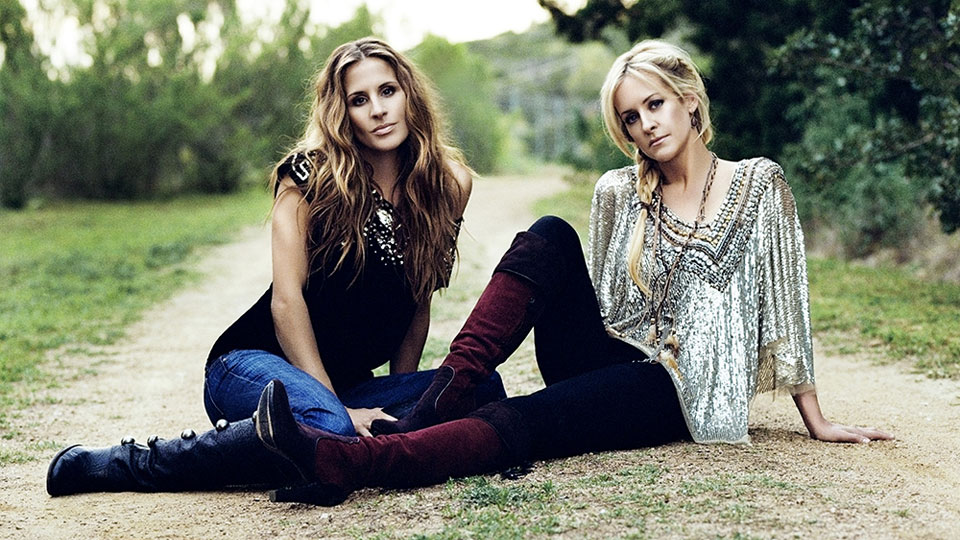 Amelita is an altogether different beast to the duo’s self-titled album. Whereas the group’s debut album was a mix of gentle folk and country melodies, Amelita offers a variety of sounds and is a much more confident effort. Opening with the uptempo Sunshine, the album’s lead single, the collection gets off to a strong start. Lyrically the song is about a person that brings you down all the time with the title ‘Sunshine’ being applied in a sarcastic and ironic way. Musically the track mixes a steady beat with alt-country leanings and a strong vocal from Robison.

This confidence permeates throughout the album with the duo having really found their stride on this record. The punchy title track is one of the highlights of the album, which Robison told us during our recent interview, with its combination of uptempo melodies and hand-claps. There are moments on the record that remind us a little of Sheryl Crow such as the uptempo, full-band sound of Rock All Night which is a radio-friendly country-crossover track that could do really well on radio here in the UK.

Maguire takes lead vocal on a couple of the tracks on the album. A Guy Like You has a light blues undertone to the melody with Maguire’s seductive vocal floating over the groove. Her voice is different to Robison’s in tone and sound, and it gives Court Yard Hounds a new slant. The gorgeous Gets You Down is one of the album’s highlights, and one of the more stripped-back moments on the record.

Trying to pick standout tracks, or a finest moment on Amelita, is hard. Not because there aren’t any; in fact it’s the complete opposite problem. Amelita is filled with such well-crafted songs that your favourite will change with every listen. The banjo-filled Phoebe is one of the album’s more full-on country moments and celebrates the duo’s roots whilst Watch Your Step mixes rock sensibilities with a country edge. Album closer The Road You Take has a timeless sound that ends Amelita on a strong note featuring gorgeous harmonies from Robison and Maguire.

Amelita is indicative of two women who have found their sound and let their passion wring out from every moment. With plenty of highlights and strong arrangements, both musically and vocally, the album is an exciting and rewarding one. Court Yard Hounds should no longer be mentioned in the same sentence as Dixie Chicks when you’re referring to their music. They’ve found their sound and it’s incredibly addictive.

In this article:Court Yard Hounds