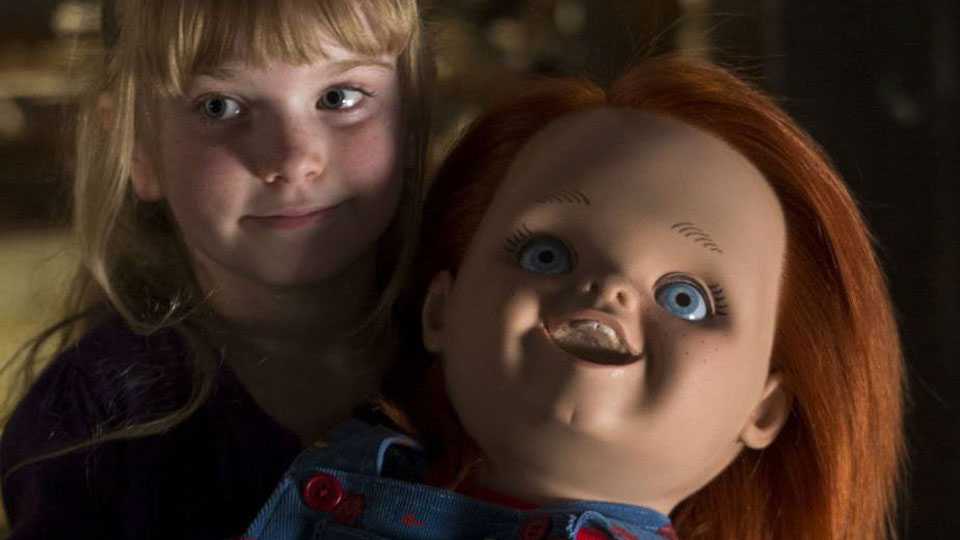 The trailer for Curse of Chucky, the latest instalment in the Child’s Play series, has debuted on Mashable.

The movie is going straight to DVD/Blu-ray and is written and directed by Don Mancini, the man behind all of the Chucky films to date. Curse of Chucky is returning the franchise to its horror roots moving away from the comedy style of the last two films Bride of Chucky and Seed of Chucky.

Brad Dourif returns as the voice of the evil doll and is joined in the cast by Danielle Bisutti, Fiona Dourif, Brennan Elliot and A Martinez. The synopsis for the movie is:

He’s back! From the filmmakers that brought you Chucky comes the terrifying return of the pint-sized doll possessed by the spirit of a notorious serial killer. When a mysterious package arrives at the house of Nica (Fiona Dourif, True Blood), she doesn’t give it much thought. However, after her mother’s mysterious death, Nica begins to suspect that the talking, red-haired doll her visiting niece has been playing with may be the key to the ensuing bloodshed and chaos. The return of America’s favorite toy, voiced again by Brad Dourif, is unrated and full of more blood-splattered thrills and chills.

Curse of Chucky will debut in the UK at Film4 Frightfest on Thursday 22nd August at 9pm. In the US the film will be released on Blu-ray and DVD on 8th October.

As well as the trailer debut, the artwork for the movie has also been released. It sees an evil looking Chucky sat on the knee of wheel-chair bound Nica (Fiona Dourif) whose hand is tied to the arm. Suitably creepy? We think so!

Take a look for yourself: