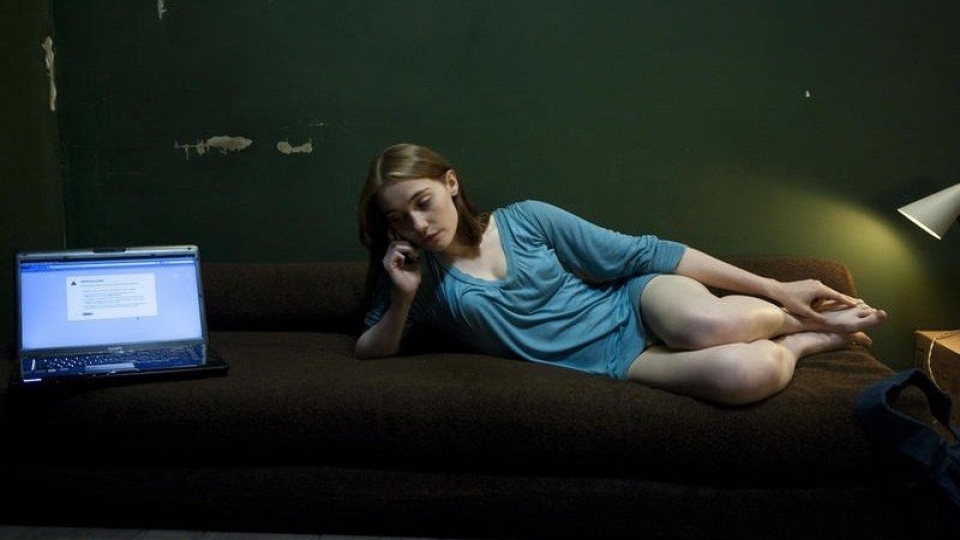 Laura (Deborah François – Populaire) is a student at university struggling to make ends meet. After answering an ad to make some quick money, she meets an older man who is willing to pay her for intimacy. Swearing to herself that this is a one off occurrence, she soon finds the benefits of making quick, but not easy cash. Laura’s needs become mixed in with material desire but at what price? Soon Laura finds her life slipping out of control.

Student Services is a curiously haunting project from writer/director Emmanuelle Bercot. It’s a visually sound and superbly acted piece of drama that follows the true life story of a student who finds her life spiralling out of control after turning to prostitution. But it only scratches at the surface of its emotionally charged subject matter.

Deborah François hands in a tremendously brave lead performance. It’s a tough role for any young actress to get to grips with but François shows a maturity and acting sensibility far beyond her years. It’s refreshing to see her tackle projects more demanding than the usual, light-hearted fare her peers frequently tackle.

The film is well shot and in a visual sense, very carefully orchestrated. In the hands of lesser talent this could very easily have been sensationalised. When the film delves into murky territory it’s handled well and doesn’t try for cheap thrills. Deborah François hands in an erotically charged performance, of that there is no doubt, but director Emmanuelle Bercot makes sure all of the intimate scenes are never titillating – instead bleak and very disturbing.

The DVD has a behind the scenes documentary on casting, a gallery and two fascinating interviews with the stars. The Deborah François interview in particular is very informative as the young actress delves into her feelings portraying such a controversial tale and her own fears surrounding the journey her character takes in the film.

Student Services builds on a strong start and certainly provides a decent expose into the troubles facing young people when it comes to money and the basic cost of living a normal, functioning life. The more the jigsaw comes together the more curious you get. The flaws of human nature and our needs weighed against material desire are well explored here. In the end we are left with a snapshot of this girls’ tragic and ultimately defining life experience and the horrors of prostitution.