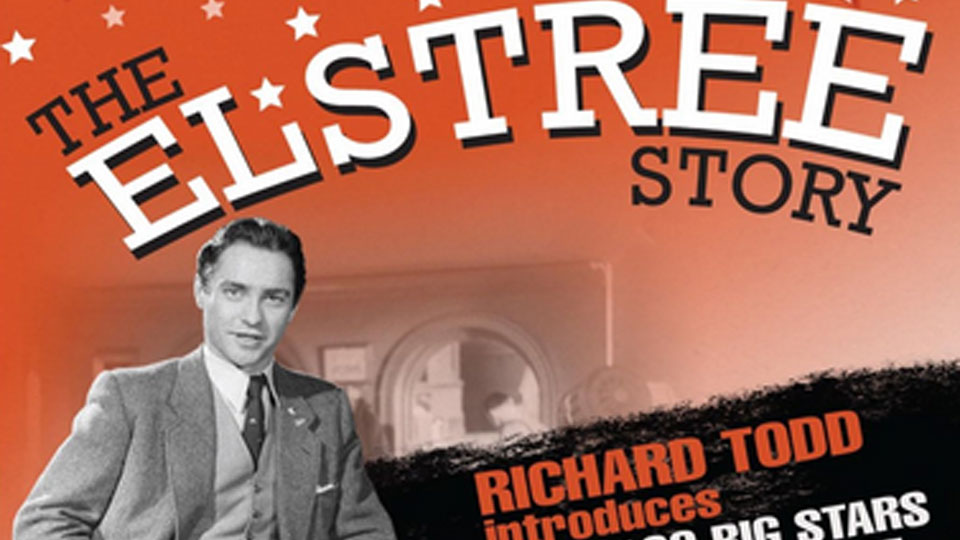 Elstree Studios in Hertfordshire, England, had been making films for three decades by the time The Elstree Story was made in 1952. It’s presented by Richard Todd (The Dam Busters) and is an hour-long documentary about the making of popular titles at Elstree. The studios’ illustrious history would later go on to include the Star Wars and Indiana Jones franchises, which were brought to life there, but this 1952 glimpse of the place is peopled solely by clipped British accents and stiff upper lips.

It starts off a bit like a modern-day behind-the-scenes DVD extra that we’re all now familiar with – though in those days glimpses of directors shouting ‘cut’, cameras gliding around studios and sets being constructed would have been rather more insightful; since we’re now used to the magic of the movies being explained and made banal.

The expose of movie-making is quickly dropped in favour of a series of clips from forty movies from Elstree’s back catalogue, dating from the silent era up to the present day (1952), which are linked together with narration by Richard Todd. Many of the stars of the early decades of the Twentieth Century are largely forgotten, save by enthusiasts for archive film. But if you’ve an interest in the likes of Monty Banks and Jack Buchanan, you’ll enjoy seeing them pop up here.

There’s a gentle humour throughout the film, especially when Todd mocks the wooden style of acting of the early talkies. There’s an enjoyable moment in 1930’s Atlantic (a film loosely about the Titanic disaster) in which an actor adds a lengthy dramatic pause, to which Todd faithfully promises viewers that the next line will be along in a minute.

Fans of film history may be interested to see a film clip of Hitchcock’s Blackmail (1929), largely considered Britain’s first ever talkie. There are scenes from the broad slapstick comedies of the 1920s through to a lengthy excerpt from 1950’s The Dancing Years, a musical film by Ivor Novello featuring Patricia Dainton, which is the only segment in colour.

There are also brief digressions into the work of those behind the scenes, such as film editors; but seemingly not knowing the capabilities of the documentary format, such moments quickly feed into another sequence of clips. Todd’s presentation is dry by modern standards, but there’s no denying he has a lot of charm. A relentless series of film clips becomes tedious for the casual viewer even over the short space of an hour, and it’s indicative of the relatively new field at the time of documentaries about film.

An extra on the disc is also worth a look. It’s a twenty-two minute documentary ‘Revisiting The Elstree Story’, which is presented by Paul Welsh. Despite often repeating himself and not being the most natural presenter in front of camera, Welsh is a minefield of information about the studio’s history, and he talks about the ongoing ‘The Elstree Project’, which aims to record the memories of surviving cast and crew who worked there, which will be invaluable in providing a modern version of this 1952 documentary in offering a watchable history of this important film studio.

The Elstree Story is part of Network’s ‘The British Film’ Collection.