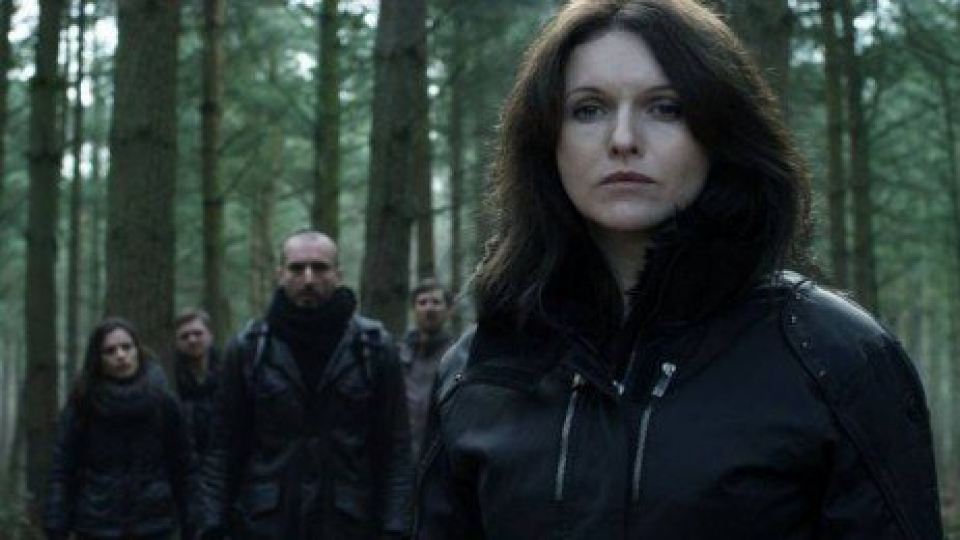 1998, a remote part of a Siberian Forest – four unidentified bodies are found in shallow graves. With no explanation by the Russian authorities, the case was eventually closed. But in 2010 an English TV crew from the reality show ‘Darkest Secrets’ sets out to the Siberian forest hoping to help solve the mystery. They have also employed a psychic who has extraordinary visual powers. The last communication they sent back to their London production office said that they were approaching the area where the bodies were found. This footage shows what happened to them.

Entity is another entry in the horror film world of found-footage. This sub genre has been flooded with low budget offerings over the past few years. Only a couple of them have really risen above, and many have fallen away long to be forgotten. Entity falls somewhere between those mentioned.

From the beginning it feels like we have been here many, many times before however there is something interesting about these bodies being found and the way it is projected in the storyline. Once the reality TV crew start filming it then falls very much into the stereotypical found footage themes – brief glimpses, camera’s wobbling whilst people run in the dark holding just a torch, facial close up’s, still shots of nothing happening until the final second. But it’s actually it’s usage of the mysterious entity that makes this film very watchable as it’s very difficult to tell what is stalking these people.

There are several glimpses of The Entity that come out of left field and did cause us to jump, but it’s not just the visuals it’s also the sounds it makes, at times coming off like a whispering wind chanting a name and then others sound like a large animal snarling so loud it would wake up half of Russia. It makes an interesting change to the standard quick loud bang repeated.

The acting was never going to be of the same standard of Laurence Olivier, especially in a horror film. Most of the crew are rather drab and we wanted them killed off quickly to spare us any more of their relatively poor acting. Fortunately Entity has another trick up its sleeve and that is the casting of Dervla Kirwan as Ruth Peacock, the psychic, and Branko Tomovic as Yuri Levkov. Both play very interesting parts and their acting helps to keep the film watchable as they have some genuine acting talent. It’s a pleasant surprise to see two such actors take on a small low budget films, so much so that we have to applaud the film makers in managing to get these two on board.

Entity may not push any boundaries in an already saturated horror found footage genre, but it is more than worthy of a watch compared to most of the films out right now. Dark buildings with little light are always going to be scary, yet add into the mix some rather odd and quite frankly chilling noises and it all boils down to an respectable low budget horror film.