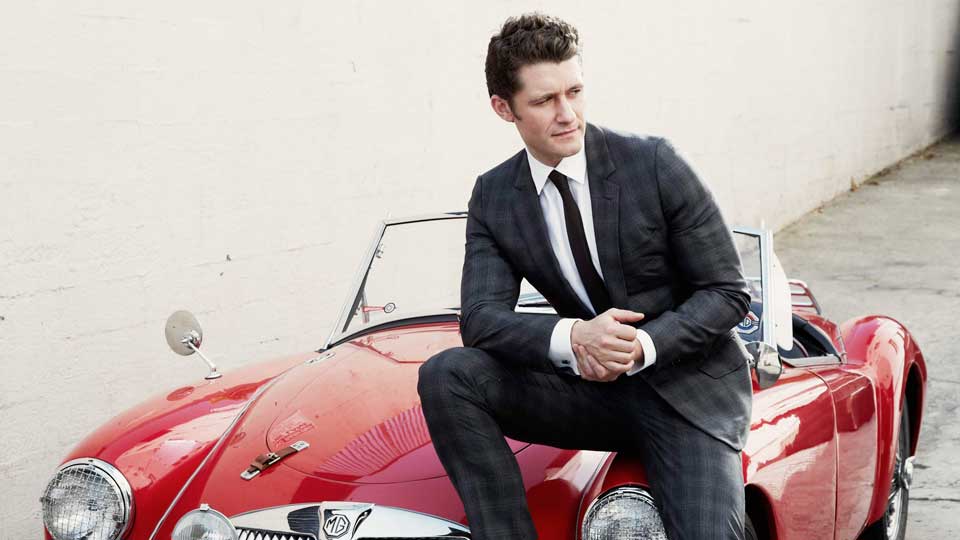 Matthew Morrison is best-known for his role as Mr Schuester in the hit TV show Glee. Before his worldwide fame thanks to the series, Morrison was a seasoned Broadway performer regularly singing, dancing and acting. For his new album Where It All Began, Morrison is celebrating his roots and singing a collection of songs taken from musicals.

Where It All Began is a very different record from Morrison’s self-titled 2011 album. All of the songs on this record are covers with a more jazz/blues leaning moving away from the poppier sound that we heard on his debut. The album opens with Singin’ in the Rain and sets the tone for the classy 40-minute affair. Morrison’s years of training and experience on Broadway shine through in his voice. His tone is warm and rich with vibrato. He has an impressive range and remarkable control which can be heard across the album’s 12 tracks.

Morrison’s selections across the album are varied with a few songs that won’t be familiar to the casual musical lover. One of those gems is Younger Than Springtime from South Pacific. Morrison’s vocal is restrained and soulful with his gorgeous tone drifting over the dreamy melody. Another highlight is Hey There from The Pajama Game which has a gentle lilting beat.

Elsewhere on the record Morrison changes the lyrics for As Long As She Needs Me (it was originally As Long As He Needs Me) from Oliver! to give the song a male perspective, shows his power and range on Luck Be A Lady from Guys and Dolls, and switches up the tempo on the punchy It Don’t Mean A Thing. Our favourite moment comes on the gorgeous Send in the Clowns from A Little Night Music. Morrison’s vocal is powerful and emotive, and the song really shows off his abilities.

Where It All Began is a classy record that oozes charm, much like Morrison himself. The stunning production from the late Phil Ramone definitely adds to the record. Morrison told us in our recent interview that he wanted to open up a new world of music to a younger generation. With Where It All Began he’ll definitely achieve that. We’re going to be interested to see where his musical journey takes him for his next record.