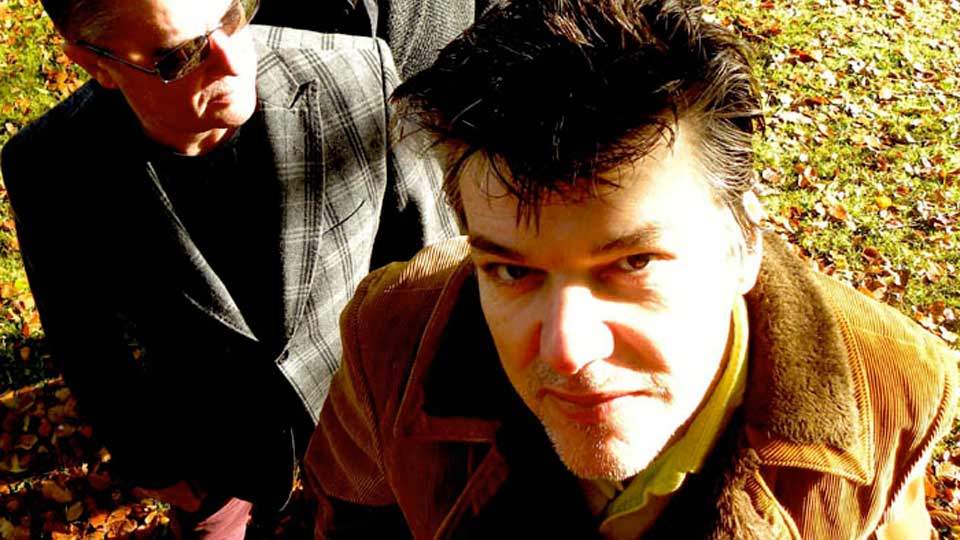 The Blow Monkeys formed in 1981 and released their debut album Limping for a Generation in 1984.

After years of success, the band split up in 1990 shortly after the release of their fifth album Springtime for the World. In 2007 The Blow Monkeys announced that they were reuniting and in 2008 they released new album Devil’s Tavern.

Now the band has released Halfway to Heaven, the first compilation that spans their classic material and the solo material of frontman Dr. Robert. We caught up with Dr. Robert recently to find out more about the release, talk about the band’s split and find out what they are planning for the future.

You must be excited about the release of Halfway To Heaven? It’s a great fan package. Did you put it together with your fans in mind?

Yeah. You always put things together with your fans in mind. We put it together, Sony and myself, and I think it looks really nice. It’s got a nice vibe. It’s not the usual hard sell with a picture of me on the front. It’s a proper retrospective that covers my solo work and the band for the first time.

Do you look back at your career with nostalgia?

Briefly because I remember where I was when I wrote the songs. I’m not a nostalgia sort of a guy really.

After so much success in the 80s why did you split up?

We all decided that we needed to spend some time apart. It turned into 18 years but that’s a good thing. We all had families and changing circumstances.

What prompted you to get back together?

The desire to be in a group again and to make some new records.

Do you enjoy being in the band more now? Is it a different feeling to back in the day?

The feeling’s the same. It’s funny when you get four people together that have been through so many common experiences you tend to fall into roles and that happens very easily with us. It sounds funny to say but we’re getting better. It’s more enjoyable because I’ve just learned to enjoy it more. I don’t get as stressed about things anymore. I don’t drink anymore. I used to drink too much to overcome nervousness or stage fright. I enjoy it much more now.

Maybe as you’ve grown as an adult you’re more at peace with yourself?

You should be but it doesn’t always work that way (laughs).

Some of your earlier work was quite political. Do you still write with politics in mind?

I don’t think I would sit down and right as pointedly specific songs about politics as I used to. Times have changed and I’ve changed. In the 80s it was a very political time and there were real black and white choices to be made. It was important for me to express those at that time in my life and I think that pop music is the perfect place to do it. Why not?

Everything. From the way the sunlight comes through the window in the morning to something that somebody says, it could be looking into someone’s eyes. You always have your antennae open as a writer but it’s just stuff that happens to you that you write about. That’s what we all have in common. The idea is to try and be open-minded enough to spot them when they do happen.

Have did You Don’t Own Me end up on the Dirty Dancing soundtrack?

They said we had £2k budget and a day to record and gave us a list of songs to choose from. They were all cover versions and we were told a film was being made but that it wouldn’t do anything. We were told to do it quickly if we wanted to do it so I said ‘ok let’s do it’. We went in the studio and chose the old Lesley Gore song. I didn’t even change the lyrics and I sang it from a girl’s point of view. I did quite a camp version and the soundtrack went on to sell 45 million, which is the biggest-selling soundtrack for a film. I know for a fact the guy that wrote it doesn’t like my version and I don’t blame him but he made a lot of money out of it. It became what we were known for, particularly in America.

It’s gone full circle now. I actually put it in the set because I’ve grown to like it again. We don’t do it in the same way though.

Tell us about your plans to tour.

We plan to tour that’s true. Everywhere we can and as much as possible over the next 18 months. That’s the best thing actually. We’ve put a few records out recently so we just want to get out and play.

What can fans expect? Will it be a mix of the old and new?

Yeah old and new. Tried and untried. Hopefully some surprises and a good show.

What does the future hold for the band?

Carry on making records, playing gigs and trying to get better all the time. Try and make something mind-blowing. That’s what we really want to do. We don’t have the constructions anymore and we don’t need to worry about getting on radio playlists. Things have changed and if you’ve got a certain fan following and you’re on social networking with the ability to get to them then you’re free. We just want to make something great.

Who are your top 5 musical greats of all-time?

Halfway To Heaven is out now.

In this article:Dirty Dancing, Dr Robert, The Blow Monkeys