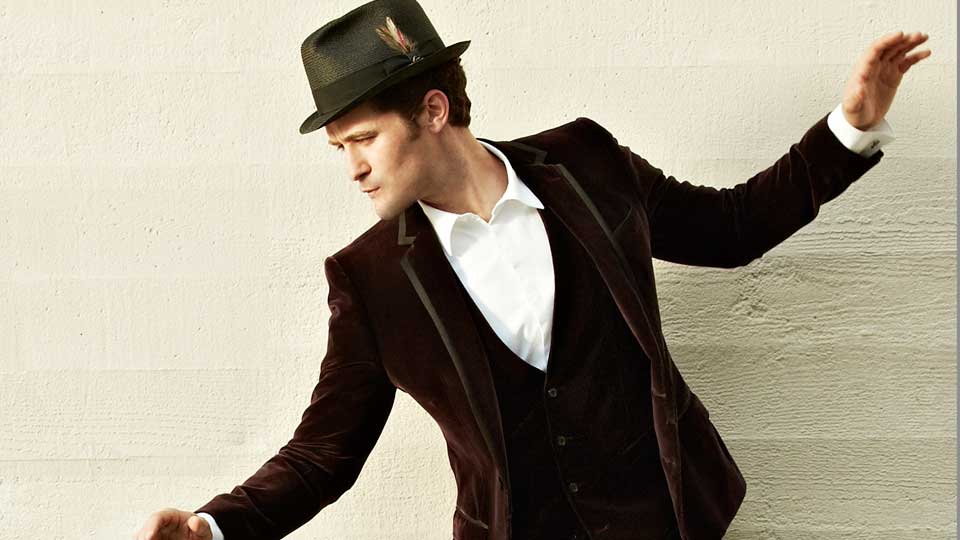 Matthew Morrison has become a household name across the globe following the huge success of TV show Glee. Before his role as Mr Schuester on the show, Morrison was well-known as a Broadway performer. For his new album Where It All Began, Morrison has recorded a collection of musical theatre and Jazz songs that reflect the 10 year period of his career as a stage star. Last night Morrison performed an intimate gig at London’s Bush Hall in celebration of the UK release of Where It All Began earlier this week.

Bush Hall is one of London’s best-kept secrets and it’s unusual to see someone as big as Morrison performing at the venue. Usually the bands and artists are more up-and-coming so there was a real buzz that we were part of something special last night. Earlier in the week during our interview with Morrison he told us that the setlist for the evening would be solely from his new album and that he wouldn’t be mixing it up with Glee favourites and songs from his debut album like he did at the Apollo two years earlier.

Arriving on-stage around 8.30pm, Morrison looked every inch the dapper gent with his suit and hat combo. Oozing style and class he launched into the evening’s first song It Don’t Mean A Thing. The first thing you notice about Morrison is his remarkable voice. Whilst on Glee he’s shown he can sing (and rap) pretty much anything, you really hear the strength and power of it when he’s performing these kinds of songs. The years of training are evident in his vocal performance as he has remarkable control never hitting a duff note.

The whole evening felt classy and sophisticated. From the tight backing band, led by Brad Ellis (who is seen as the piano player frequently in Glee), through to Morrison’s spectacular vocals it was a stunning evening. When he got the opportunity Morrison showed off his dance moves during the instrumental moments of the songs and received wild applause from the packed crowd. Highlights of the evening were As Long As She Needs Me (originally As Long As He Needs Me) from Oliver!, the emotive Send in the Clowns from A Little Night Music, and On The Street Where You Live from My Fair Lady. Crowd-pleaser Singin’ in the Rain was the penultimate song of the evening and it got loud applause. It also gave Morrison an opportunity to show off his tap-dancing skills.

There were three songs during the set that weren’t taken from Where It All Began. A stirring rendition of Duke Ellington’s Don’t Get Around Much Anymore was a definite highlight and the crowd went wild when Morrison performed Sway, which he has performed in Glee. He explained that he felt Sway fit with the overall theme of the evening hence why he added it to his setlist. Cole Porter’s It’s All Right With Me from musical Can-Can closed the evening and was the third of the songs not featured on Morrison’s latest album.

As Morrison left the stage the crowd went crazy with appreciation. It’s clear that he has a loyal fanbase that enjoyed seeing him play in such an intimate venue. From his witty conversation between songs through to the great song selections it was a superb show that showcased what Morrison is really capable of. He said he hoped to open up a new world of music to a younger generation and we think he’s definitely achieving that. We hope he doesn’t leave it too long to come back to the UK for some more live shows.