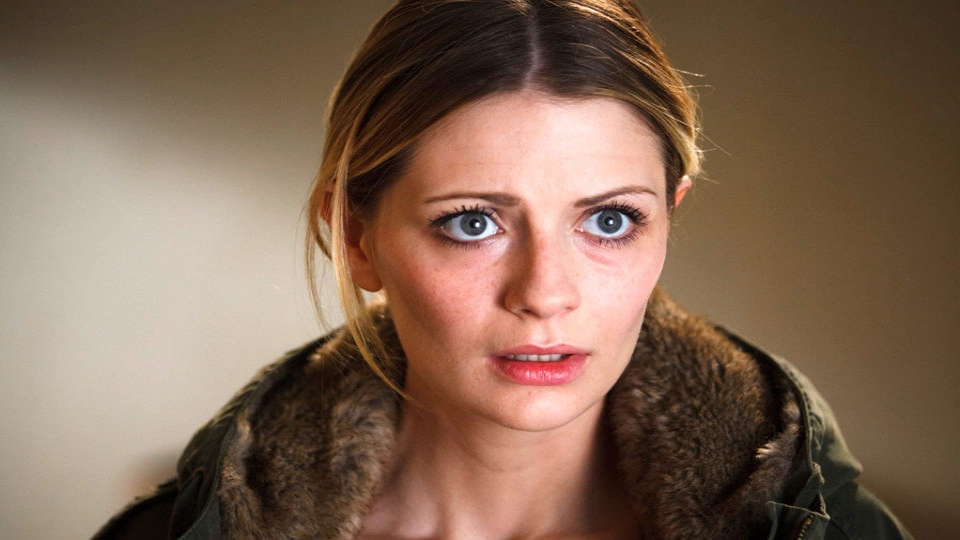 Janet Slate (Julienne Michelle – The House Is Burning) has moved out of her mother’s house and into a rented apartment, whilst her sister Lana Slate (Mischa Barton – The OC) has to look after her spaced-out and drunken mother (Rebecca De Mornay – The Hand That Rocks The Cradle). During her first night in the new apartment, Janet experiences strange happenings and then a couple of nights later commits suicide. Lana believes her sister would never have committed suicide, so sets about trying to find the real reason she died. Having been told about the disturbances Janet had experienced, Lana moves into the flat to finally try and solve the riddle that made her sister commit suicide.

Apartment 1303 is a remake of a Japanese horror film from 2007 that was amongst some of the best J-Horrors being released during that prosperous time for ghost films. Over the past few years we have seen many remakes of Japanese horror films, some have worked very well, but for every good remake there have been ten poor remakes that have slipped into nothingness. It’s a fine line to walk between getting it right and being completely forgotten.

Here we see a Hollywood-esque remake that will always be remembered by everyone who has seen it, but for all the wrong reasons. Everything about this film is woeful. The story is exactly the same as the original, but here it suffers from being so one dimensional and flat that nothing ever pays off or makes us care for the problems the lead actresses were facing. Every single acting scene is so horribly clichéd that we have seen it many, many times before but never played out this bad.

But a poor script can be saved if the acting talent make up for it. Not so in the case of Apartment 1303. Instead all three female leads are such bad actresses here that it’s difficult to think they have acted before, let alone in some big films and TV shows. De Mornay is normally a safe bet for slightly bizarre characters, but she appears unable to channel even a drunk mother nowadays. Thankfully she doesn’t appear too often in the film. Sadly we cannot say the same about Mischa Barton, where every single scene she is in is a total disaster. She is so wooden that we didn’t connect in anyway with her when she was being terrorised. Also she seemed to get over the death of her sister very easily, instead wanting to stay in the haunted apartment.

Apartment 1303 should be a respectable horror film that throws in the odd scare to keep it moving along. Instead it’s devoid of a sensible script, any type of direction, clear cut CGI and proper acting. This film is a huge clunker even in a genre filled with low budget movies. The scariest thing is how this could be released.

Advertisement. Scroll to continue reading.
In this article:Apartment 1303, Mischa Barton