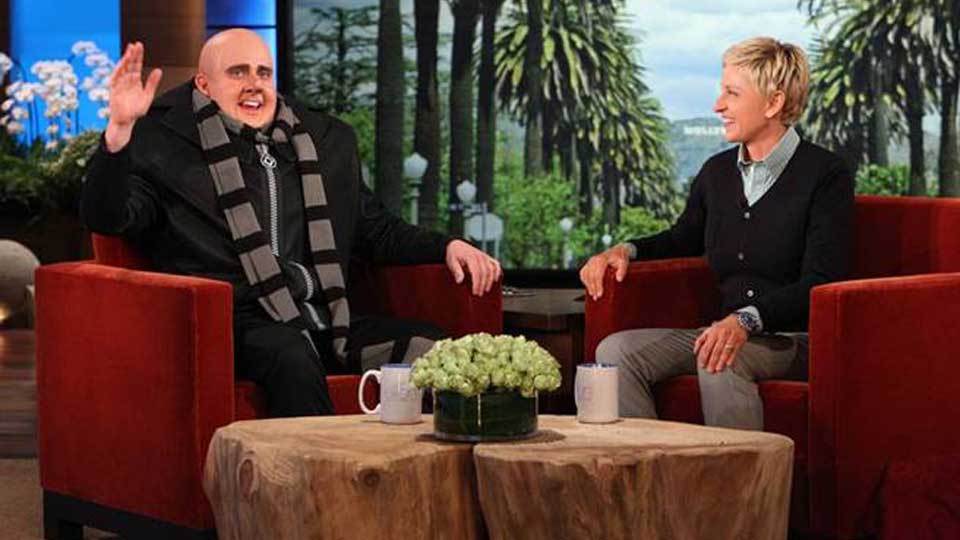 Steve Carell, voice of Despicable Me super-villain Gru, appeared as the character in person on The Ellen DeGeneres Show.

The appearance was to promote Carell’s second outing as Gru in Despicable Me 2. For those who haven’t seen Despicable Me, this is undoubtedly the most bizarre interview ever seen on The Ellen DeGeneres Show. However, with Despicable Me making more than $540 million in 2010 to become the 10th-biggest animated motion picture in U.S. history, this shouldn’t be a problem.

Watch Gru’s appearance on the show:

In this article:Despicable Me 2, Ellen DeGeneres, Gru, Steve Carell