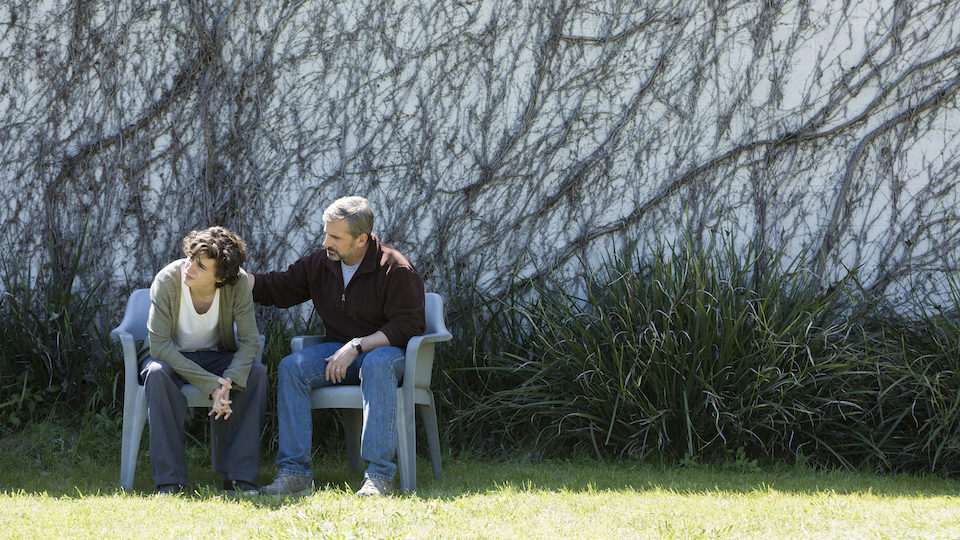 Beautiful Boy is a fairly traditional addiction drama about a nice middle-class boy who becomes corrosively consumed by drugs. These types of film walk a very fine line. Go in too soft and you can end up romanticising addiction. Or you can go the other way and essentially make something that is almost unwatchable. Beautiful Boy dips its toe either side of this line.

Based on the separate memoirs of David and Nic Sheff, Beautiful Boy begins with David Sheff (Steve Carell) visiting a specialist physician to talk about his son’s crystal meth addiction. It’s a terrific scene, and the camera never leaves Carell, who is terrific throughout the film. We then flashback to meet his son Nic (Timothée Chalamet) who turns up at home having been missing for a few days. Obviously coming down from a drug high, David checks him into rehab.

Carell and Chalamet are both on fine form, and director Felix Van Groeningen imbues the whole thing with achingly beautiful visuals and melancholic soundtrack choices. However, not everything works in this film. From a basic storytelling perspective it falls desperately flat. Episodic in nature, and repetitive, the film (accurately of course) depicts Nic getting clean, then relapsing over and over again. It might be factual, but it doesn’t work dramatically.

Flashing back and forth in time, drawing on the two separate accounts, we see Nic fall into addiction through the most banal and cliched way. He is the quintessential disaffected kid who feels alienated and that no one understands him, so he reads Bukowski and listens to the Melvins. Now I know this is how a lot of addiction begins, especially with comfortable middle-class kids. But I personally found the depiction of Nic’s journey to be somewhat underwhelming. I don’t think it rings true, and the whole thing left me cold.

One of the things the film does extremely well is show how Nic’s actions impact on the rest of his family, but apart from a few track lines on his arms, we never really see the physical consequences of what he is doing to himself. With his heartthrob features and beautiful mop of wavy dark hair, Chalamet looks as if he’s never touched a Class A in his life. It feels a bit dishonest.

The scenes where David explores the scientific and physiological realities of crystal meth addiction are really interesting, but like most of the good things in Beautiful Boy, it is undercut by something far less impressive. For example, the unintentionally hilarious scene where David finds Nic’s journal and starts reading the disturbing contents. It’s shot and tonally pitched like the moment in a horror movie when the parent starts flicking through all of the terrifying drawings their child has done of some supernatural beastie that is haunting them. Hey, maybe it was intentional. Either way, it’s rubbish.

What keeps you watching however, are the fantastic performances from the cast. The two leads do tremendous work, especially Steve Carell who continues to impress in non-comedic roles. The film is ultimately about the painful lengths and limits of a father’s love, and Carell really makes the emotional peaks hit home. But a special mention must go to Maura Tierney as Karen, David’s second wife and Nic’s stepmom. She is tremendous, and arguably the MVP of the whole thing.

But even with the fabulous performances, and pretty visuals, Beautiful Boy is an incredibly hard film to recommend. It is excruciatingly painful to watch. Certainly not a film I would look forward to revisiting.

The blu-ray release comes with a few special features. First up is The Cinematic Journey, a very short featurette of interviews with the cast and filmmakers talking about how the film was made. The True Story Behind the Film is an interview with the real David and Nic. There is a short featurette about the ensemble cast, and interviews with Amy Ryan, Steve Carell, and Timothée Chalamet.