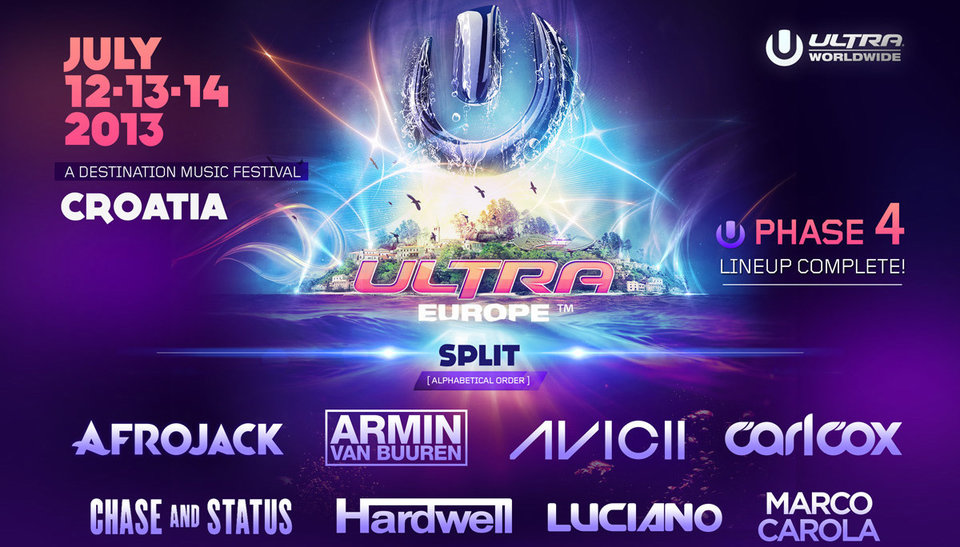 The fourth wave of acts set to perform at the inaugural edition of Ultra Europe has been announced. Due to take place 12th – 14th July in the Croatian city of Split and on the stunning nearby island of Hvar, seven more artists have officially been added to the already legendary line-up.

When the festival moves to Hvar and the 5 star resort for its 5,000 person exclusive pool party on 14th July, revellers will be treated to Steve Aoki, Erick Morillo, Dada Life and Nervo next to cascading waterfalls in this luxurious setting.

For more information on tickets and accommodation go to ultraeurope.com or travel2ultra.com.