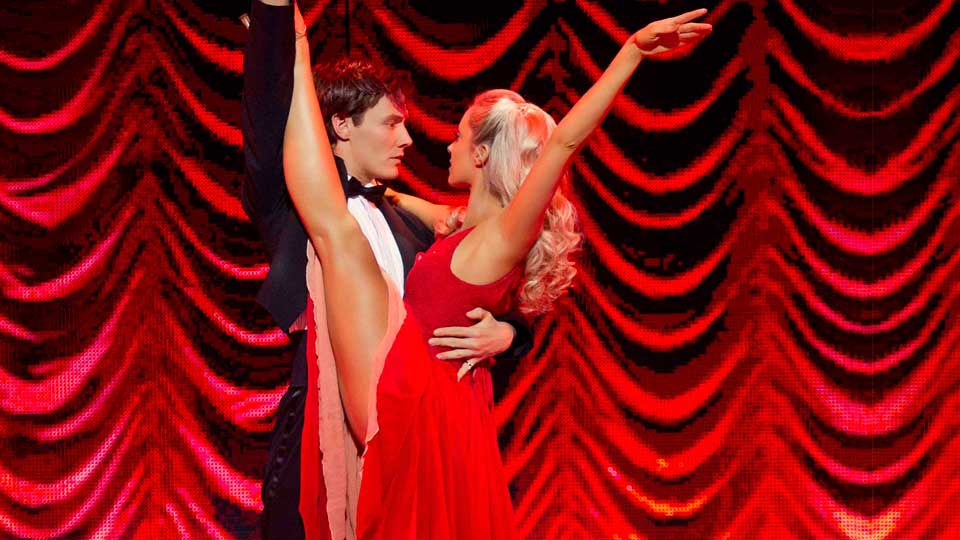 Paul-Michael Jones as JOHNNY CASTLE and Charlotte Gooch as PENNY JOHNSON in the 2011-2012 touring cast of Dirty Dancing.

Dirty Dancing – The Classic Stage on Story has unveiled details of its principal cast for its West End return.

The show will open at London’s Piccadilly Theatre from Saturday 13th July and will star American actress Jill Winternitz in the role of Baby and Paul-Michael Jones as Johnny Castle. Both actors have been previously involved in the Dirty Dancing national tour.

Charlotte Gooch will play the role of Penny Johnson, which she played as part of the Dirty Dancing touring cast from 2011-2012.

The new West End run follows the successful 2006 West End debut at the Aldwych Theatre. The show took a record-breaking advance of £15 million, making it the fastest show in West End theatre history.

Dirty Dancing is book up to 22nd February 2014. You can get tickets at www.dirtydancingonstage.co.uk. The show is due to tour again from March 2014.