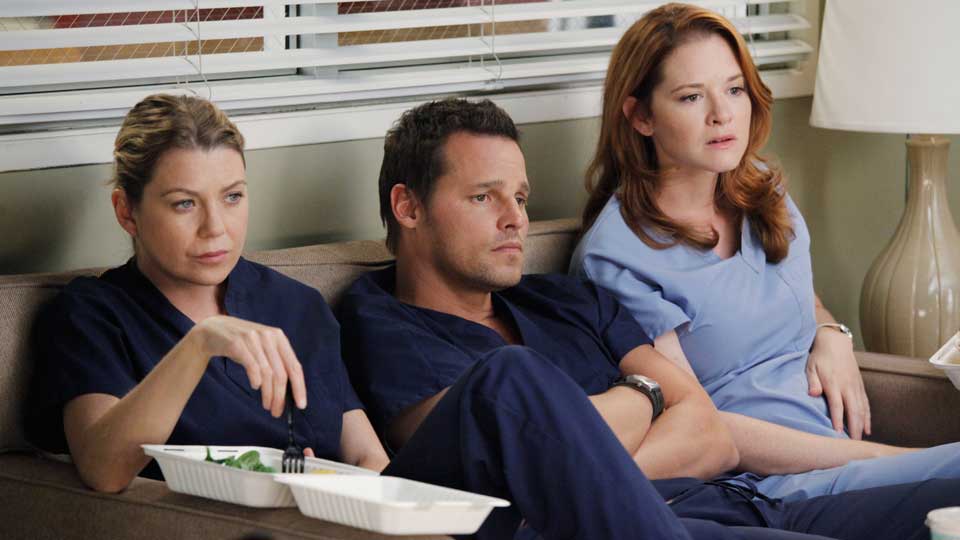 Grey’s Anatomy was really back on form during its latest season we thought and the season finale dealt a few emotional blows and one almighty shock.

The show is set to return in the US in September for its 10th season but we simply can’t wait that long. We want to know what’s in-store for Meredith and co so we’ve already started to speculate, especially as the season ended on a cliffhanger that’s had Grey’s fans buzzing.

As we wait for the show to return (we’re literally counting the days) we’ve compiled a list of 10 thins that we’d like to see in the tenth season of the hit ABC drama.

1. Richard Webber to still be alive. We knew it was going to happen the minute he was told how ‘easy’ it was to turn the power on in a flooded basement. Could Shonda Rhimes really kill off one of the best-loved characters on the show? We hope not as he’s still Chief to us.

2. Meredith to get a break. Seriously?! We don’t think the woman can go through any more drama. There isn’t much that hasn’t happened to it over the show’s nine seasons. After surviving a rather traumatic labour that almost saw her bleed out on the table, Meredith deserves some nice family time with Derek, Bailey and Zola. We suspect that won’t happen…

3. Calzona to get their relationship back on track. Oh Arizona! After spending all season blaming Callie for the loss of your leg, rather than thanking her for saving your life, you had to go and be a complete bitch when she discovered your little indiscretion with Lauren? Of course we don’t fully side with Callie either who did make herself a victim of a plane crash she wasn’t in but she did lose things too. Can the couple patch things up? We think it’s going to be a long road but we’re hopeful.

4. Owen and Cristina to split for good. Whilst we love the characters together they clearly have completely different wants and needs in terms of their future. Owen wants kids, Cristina doesn’t. Let’s not retread the same storyline again in season 10. They both need to just move on.

5. Alex to have some stability and happiness. As he said himself he always gets the ‘crazy’ in his relationships but hopefully with Jo he’ll find some stability. He’s had the worst luck in terms of his love life so we’d like to see him finally turn a corner and dare we say it, even get married this season.

6. Jackson and April to sort it out. They clearly love each other. April made a declaration of love during the ninth season finale but Jackson reminded her that she’s engaged. Will he give her a reason to break it off? Japril or Apson (we can’t keep up with the fan names) are great together so we hope this is explored more next season.

7. Bailey to ascend to greatness. She’s been the heart of the hospital, whether she acknowledges it or not, from day one. Isn’t it about time she was promoted to a more senior role in the hospital? We could see her making a good Chief one day.

8. More of the interns. Aside from Jo, we haven’t gotten to see all that much of Shane, Heather, Stephanie and Leah. Hopefully they’ll get more storylines in the new season, particularly Heather aka Mousey who we’ve developed quite a soft spot for.

9. Jackson without his shirt. Maybe there should be a whole episode where he has no access to a shirt at all. Jackson with his shirt off always makes for good TV viewing so we’d like much more of it please Shonda. Much more!

10. Teddy to come back. We know this is a long shot and she left in season 8 but we loved her. We loved the relationship she built up with Cristina, the conflict with Owen and the whole Henry storyline (which reminded us a lot of Izzy and Denny). Even if she comes back for just a few episodes we’d be happy.

Do you agree with our season 10 wishlist? Leave your comments in the usual place and let us know!