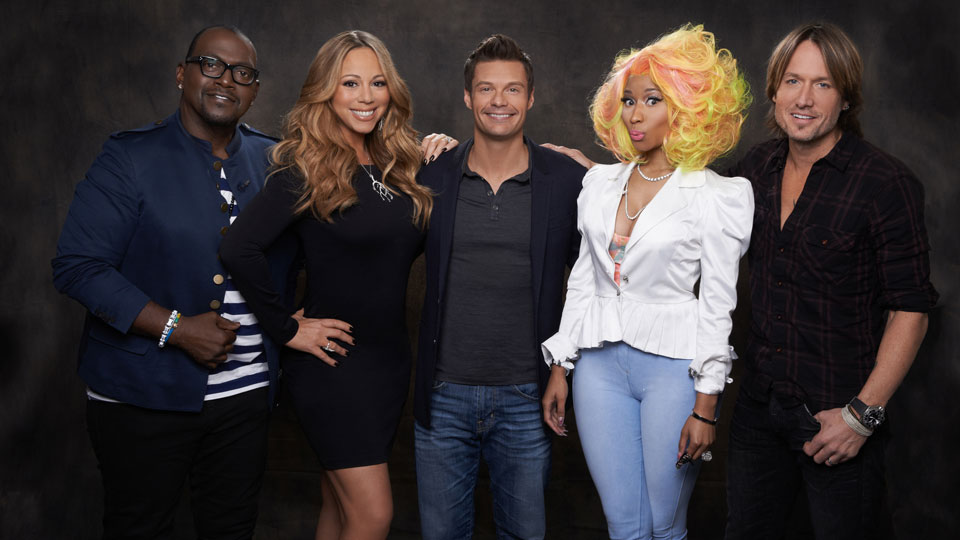 American Idol had its lowest rated season to date during its 12th year despite employing the star power of Keith Urban, Mariah Carey and Nicki Minaj on its judging panel.

Despite the disappointing ratings, the show had the strongest line-up of talent to date with the Top 5 girls all worthy winners. The crown went to third time lucky Candice Glover with country singer Kree Harrison coming in second.

American Idol has hit the headlines these past few days amidst rumours that season 13 will have a big shake-up and suggestions that Jennifer Hudson will lead a panel of former contestants to try and reconnect with the audience.

We’ve put together 10 things we want to see on the next season:

1. Keith Urban. The judging panel as a whole came in for some unfair criticism this year with critics saying they were too nice or trying to out-diva each other. Well we think Keith Urban’s critique was constructive, spot-on and pretty honest. We want him back!

2. More focus on the contestants. The beginning of the season got bogged-down with Nicki Minaj and Mariah Carey’s alleged feud. This spilled over into the live shows with the two women barely exchanging a single word.

3. Less product placement. We felt like we were getting hit over the head with car advertising and a variety of other products constantly being flashed up on the screen. Isn’t this a music competition? Oh and please no cringe-worthy Carly Rae Jepsen competitions to write a crappy song.

4. Contestants singing original material. As Angie Miller proved singing your own song can be a refreshing change. Not only did the judges, and us, start to take notice of her but if she’d continued to perform original songs she probably would have won.

5. No sob stories. Ok we’ll admit that this season wasn’t as bad as previous ones but how many times did we have to hear about Lazaro’s stutter and other tales of woe throughout the season?

6. A mix of industry and stars on the panel. Whilst Jimmy Iovine was a bit annoying, he at least represented what the music industry is like and was unflinching in his criticism with the contestants. We’re not saying we’d like to see him on the panel but a respected industry figure can’t hurt.

7. The show moving forward not backward. Rumours of Jennifer Lopez returning had better not be true. We want the show to be fresh and fun, not recapturing its former glory with familiar faces. The X Factor US’s first season proved that doesn’t work.

8. Constructive criticism. Whilst Nicki Minaj was often amusing, she rarely had anything to say that helped the contestants. Her barmy, off-the-cuff remarks made us laugh but they didn’t help the contestants grow? We also don’t need to know how many people she fancies week-after-week.

9. The death of ‘in it to win it’. This one is a sure thing with Randy having left the panel but seriously, how many times a week could he say that phrase? Surely they’re all ‘in it to win it’ otherwise what would be the point?

10. A rethink of weekly themes. The themes this past season were so tired and predictable. The poor contestants were forced to sing songs they wouldn’t choose in a million years which often resulted in them getting kicked off. Give the power back to the contestants and let them grow.

Do you agree with us? What would you like to see on the next season of American Idol?