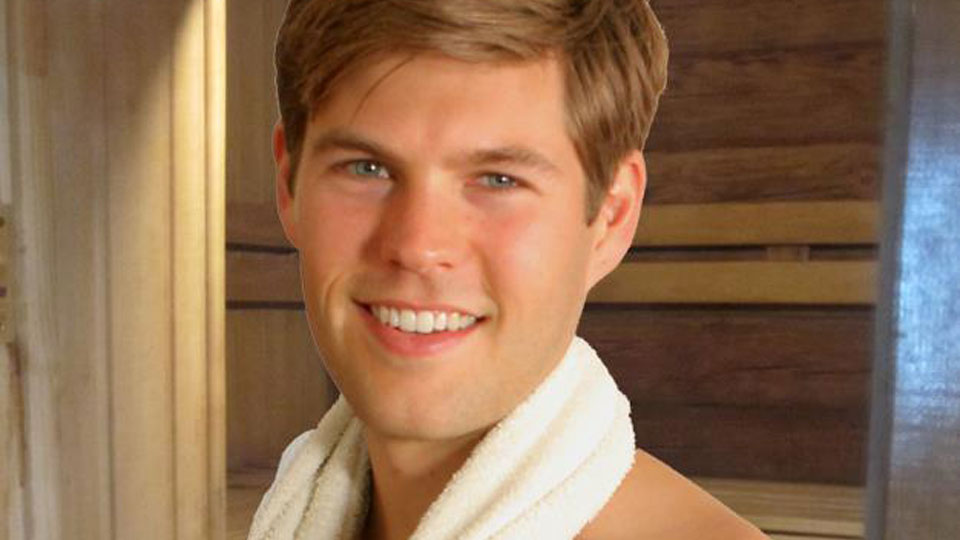 It’s Friday. Finally. We still have more Steam Room Stories guys to introduce you to though so please keep coming back over the weekend for the final 3 guys.

Today it’s all about our favourite Steam Room Stories guy Chris Reid. A graduate of Whitman College, Chris’ acting career began on-stage in shows such as The Sea, Around the World in 80 Days and Kind-ness. Following his graduation Chris moved to Louisville Kentucky after landing a prestigious apprenticeship at Actors Theatre of Louisville. During his time there Chris acted in The Elaborate Entrance of Chad Deity, Dracula, Oh! Gastronomy, and The Ver**zon Play.

It was in 2012 that Chris moved to Los Angeles immediately getting work on a Doritos advert. He became the face of Farm Box LA and has played the lead role in a short film called Lost in Love.

Outside of his acting Chris loves been active and enjoys rock climbing, hiking, windsurfing, soccer and biking. He also trains in gymnastics.

Chris best-known role to date is as part of the Steam Room Stories cast where he regularly gets us a little hot under the collar with his shirtless antics. You can follow him on Twitter @ChrisR3id and see him in action on www.steamroomstories.com