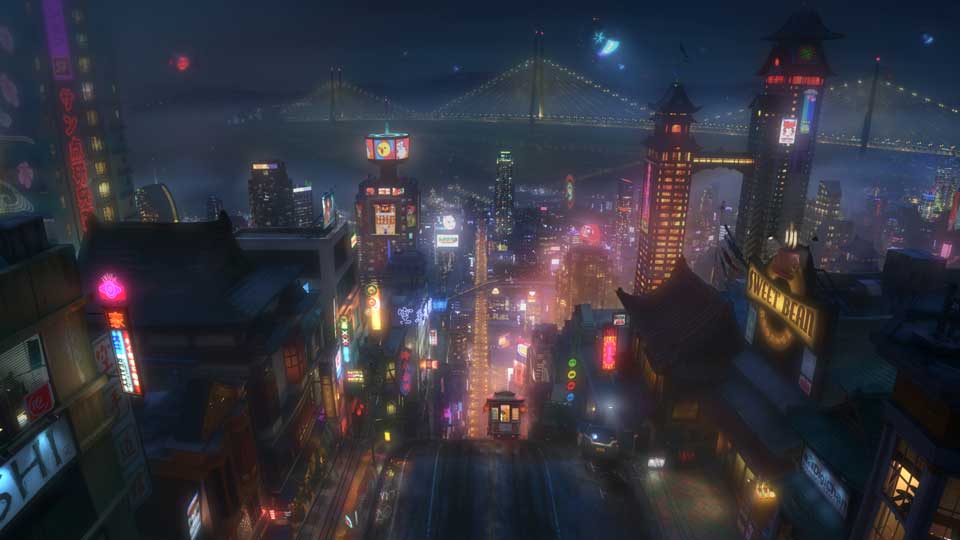 The latest offering from the Walt Disney Animation Studios is Big Hero 6.

This is an action comedy adventure about a brilliant robotics prodigy Hiro Hamada.  Hiro finds himself in the grips of a criminal plot to destroy the fast pace, high tech city of San Fransokyo.  With the help of his closest companion – a robot named Baymax – Hiro joins forces with a reluctant team of first time crime fighters on a mission to save their city.

The film is inspired by the Marcel comics of the same name, and featuring comic book style action and all the heart and humour audiences expect from Walt Disney Animation Studios, the CG-animated Big Hero 6 is set to be released in US cinemas in 3D on 7 November 2014 and a date to be confirmed for a UK release.