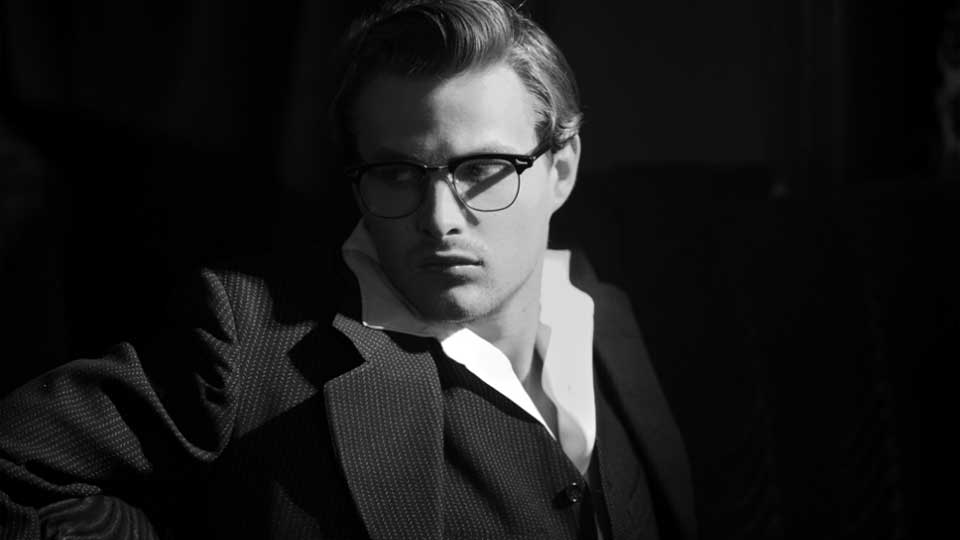 James Dean (James Preston) travels to Joshua Tree in the south-eastern California desert with his room-mate (Dean Glenn) and struggling actress Violet (Dalilah Rain). Before Dean’s career takes off and he winds up in New York, a series of flashbacks reveal a variety of events from the tragic star’s past with specific focus on his alleged bisexuality.

A Portrait of James Dean: Joshua Tree, 1951 is a mixed viewing experience due to writer/director Matthew Mishory’s decision to mix fact with fiction. This leaves you wondering how much of the film is based in fact at all making it hard to truly get a picture of what James Dean was really like before his brief stardom. According to Mishory’s film he was a man who seemingly jumped into bed with any man and surrounded himself with beautiful young men. He depicts a Dean who was sleeping with his unnamed room-mate and got by on his sex appeal rather than any discernible talent.

It’s clear from watching the movie that the production had a relatively small budget. This isn’t necessarily a problem but at times it all feels a little cheap and stilted. The decision to shoot the majority of the film in black and white was a good one with bursts of colour during the Joshua Tree sequences. It makes the film look classier than it is which enhances its appeal.

Another problem is the casting of James Preston. Whilst there’s no denying that the model turned actor is handsome, he bears very little resemblance to the icon he’s portraying. He also sadly doesn’t have the acting chops to convince. We all know that Dean was a very complex character and he was much more talented than you’re told in this movie. Dan Glenn is seriously under-developed as Dean’s room-mate/lover as is Dalilah Rain as Violet. It was a nice surprise though to see The L Word star Erin Daniels pop-up in a small role.

A Portrait of James Dean: Joshua Tree, 1951 is a dream-like production that will leave you as soon as the credits role. Based on all the stuff that is written about Dean it feels that this version of him is as fantasised as much of the content of the movie. It’s hard to get on board with such a two-dimensional representation of such an icon. There was so much more to Dean than his rumoured insatiable sexual appetite and good looks but you wouldn’t know that from Mishory’s movie.