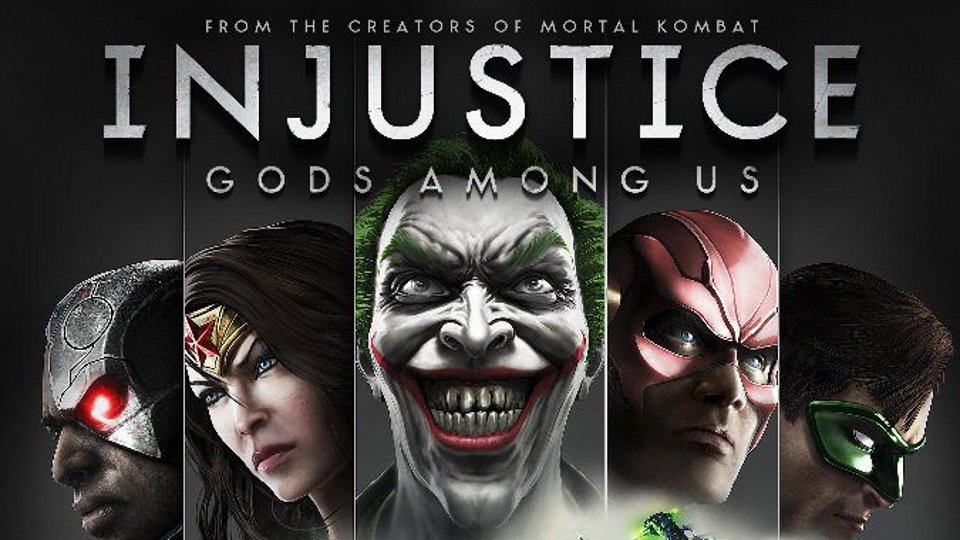 Following on from their fantastic reboot of the Mortal Kombat series in 2011, Chicago-based NetherRealm Studios are back. Their new game, Injustice: Gods Among Us, is another fighting game but this time the roster is comprised of characters from the DC Comics Universe.

When we first heard about Injustice we were excited by the prospect of matching characters like Batman, Superman, The Joker, Wonder Woman and The Flash against each other. However we were quite worried about how NetherRealm were going to be able to create a balanced and fair game thinking surely The Joker stands no chance against Superman?

Fortunately we’re happy to say that NetherRealm has done a brilliant job. No two characters play quite the same with a variety of fighting styles yet they all feel evenly matched with no clearly overpowered character amongst them.

At launch Injustice features 24 heroes and villains from the DC Comics Universe including well-known characters such as Superman, Batman, Joker, Catwoman and Wonder Woman. There are also many characters that you probably won’t know unless you’re a big DC Comics fan such as Aquaman, Ares, Cyborg, Deathstroke, Hawkgirl, Killer Frost, Sinestro and Solomon Grundy. While playing through the story mode you’ll get to spend time with many of the characters either playing as them or fighting against them. We started out wanting to play as Superman and Batman but have found a new favourite in Aquaman.

The plot behind the story mode is a little confusing at times but overall does a brilliant job of creating a reason to have all these characters in one place wanting to fight each other. Superman is tricked by the Joker which results in the death of Lois Lane and their son. To make things worse a nuclear bomb has destroyed Metropolis killing millions more. The normally cool-headed Superman flips and takes it upon himself to eradicate the world of crime and those who cause it and starts with the Joker.

At the same time other members of the Justice League are trying to work out what has happened and how to keep Superman in line. They discover a parallel universe where the Joker didn’t succeed and so begins a complex story where characters cross into the alternate reality to try and put a stop to Superman. This allows situations where characters come up against their alternate selves and makes for plenty of head scratching.

The story mode features five levels of difficulty and defaults to the third difficulty which is medium. While we enjoy fighting games we’re hardly pro players but this difficulty was a perfect challenge for us and we found we would pass most fights within a couple of attempts. Much of the story is played out in cut-scenes before near seamless transition to the fighting sequences. The graphics take a slight dip in quality when these transitions happen.

The game opens up with a comprehensive tutorial that takes you through the basic fighting controls. Should you wish to learn more you can also access more advanced tutorials but be warned there is a lot to take in. Fights take place over a single round but characters each have two health bars.

Characters can perform a variety of light, medium and hard punch and kick attacks. In addition they have grab attacks and can block by pulling away or crouching at the right times. Each character has their own special trait that affects them in unique ways. For example Batman can summon tiny mechanical bats that can be used as a shield or fired as projectiles. The Flash can speed up which makes opponents appear slower, Cyborg can regenerate health, Wonder Woman switches from Lasso to Sword and Shield and Superman gets a stat boost from the sun. Learning all the different traits takes time but they bring some interesting variety to the fights.

In addition to traits each character also comes with a super move and many of these are spectacular to watch. When you have built up a full special meter you can activate your super move by pressing both triggers. Superman smacks his opponent into orbit before flying up to smack them back to Earth. Batman blinds his opponent with smoke before calling in the Batmobile and back-flipping over it while it runs them over. The Flash punches his opponent hard after taking a quick lap around the Earth as a run up.

Once per fight you can wager part or your entire special meter against your foe. The character who chooses to sacrifice more wins the clash and obtains a health bonus while the other suffers big damage. The AI seems to use this pretty much every round after you have dropped your super power.

During the game you get to fight in fifteen different locations including Arkham Asylum, Gotham City, The Batcave, Metropolis, Hall of Justice, Atlantis and Superman’s arctic Fortress of Solitude. The environments are very detailed and packed with things to see. They are also multi-layered allowing you to smash your opponent into different areas.

Many of the objects and background features are interactive and can be used while fighting. These include throwing cabinets and gas cylinders, breaking pipes full of steam, kicking your opponent into the background and even pressing a button to have the Batmobile launch a rocket attack. Different characters can also interact with environments in different ways. The interactivity brings a certain amount of strategy and unpredictability to the fights and adds to the huge amount of options available to you.

Once you’re done with the story mode the game has plenty of life left. You can spend hours in practice mode, go online with ranked or unranked multiplayer or partake in the 240 challenges offered in STAR Labs. Online the game works incredibly well and we’ve had plenty of lag-free matches. The online lobby system is also great allowing players to create challenges and bet XP on each other.

NetherRealm have built a fantastic game on top of the foundations they laid with their Mortal Kombat reboot. Injustice: Gods Among Us combines a great story with DC Comics characters to create a simply brilliant fighting game. With more content on the way via DLC Injustice: Gods Among Us is a must-have title for fans of DC Comics or fighting games.