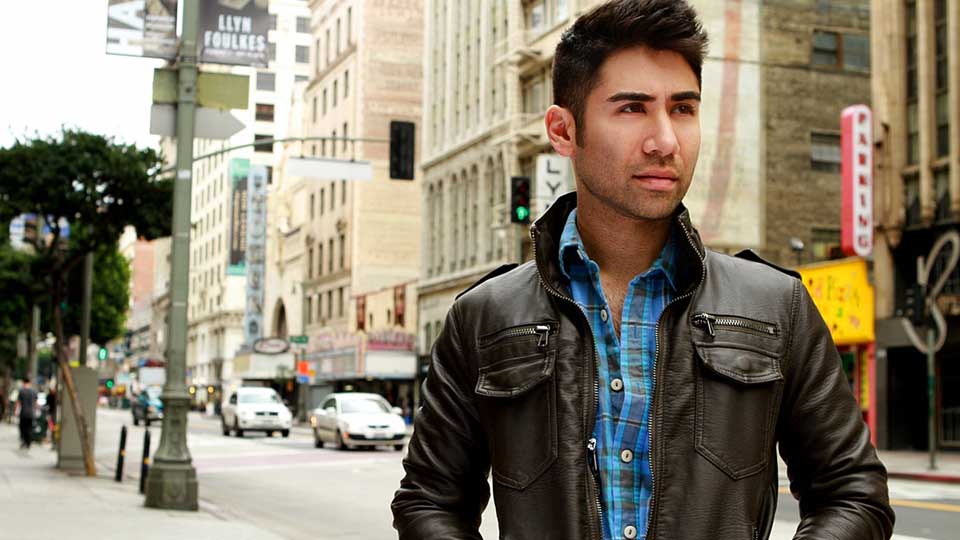 Bloomers started off life as an unassuming little web series before word of mouth turned it into a bona-fide hit show.

Focusing on the lives of a group of friends dealing with everday situations such as love, family and pregnancy, the show impressed with its mix of comedy and drama. The show is returning today for a second season picking up where the first left off.

We caught up with creator and star of the show Matt Palazzolo to find out more about the new season, talk about what’s coming up for his character Brooke and discuss the difficulties faced by independent film-makers.

I am doing great, I’m actually just sitting here with some of the Bloomers team putting the final touches on the trailer and episode 1 of season 2.

The second season of Bloomers is about to launch. What do we need to know about it?

It’s season 1 on steroids basically. 🙂 It’s shot more beautifully, the humor is elevated, it’s got cooler locations, & the characters definitely get into some higher stakes predicaments. Also, my character gets to have sex in a shower. With who? I won’t say, but he’s a total hunk and I’m really glad I wrote that scene for myself.

At the end of the last season we saw Brooke get his dream writing job but being told to hide his sexuality. What’s in store for him this season?

Haha, well as it turns out, Brooke’s new boss, Mr. Adler (played by Star Trek’s Tim Russ — he is also one of the directors of Bloomers) isn’t just nuts about Brooke’s sexuality. He’s just wacky in general and when Brooke shows up for his first day at work, Mr. Adler forces him through a bit of a hazing process. We’ll see that in episode 3. It’s a really fun bit. Aside from his new employment, Brooke also gets to date this season… and more than one guy perhaps.

The first season of the show got great reviews and a fantastic reception from fans. How do you feel about the response so far?

I’m really grateful for the positive response to season 1. It definitely was a large factor in encouraging us to make season 2 happen. I just hope we can impress even more this time around. I’m pretty sure we’ve done some good, though. Crossing my fingers!

Give us an insight into what it’s like to write and star in the show. How do you balance the two things?

The great thing about both writing and acting in the same show is that I get to do whatever I want. Haha. The drawback of that is that certain kinds of limitations can be really helpful. As a writer I have to remember to write what’s good for the story and not for what’s good for me as an actor. As an actor I have to remember to portray Brooke within the context of what I’ve already written, what’s on the page, and not in the vast context of how the character exists in my writer’s imagination. That being said, I love writing and I love acting and it’s a real blessing to be able to do both in one project.

How difficult is it to pull a project like this together as an independent film-maker?

SO. DIFFICULT. IT. HURTS. MY. BUTT. — and I love every moment of it. With an independent project like this, especially of this scope — with 15 episodes up to 20 minutes in length (that equals out to the length of two “Lord of The Rings” movies) — you just have to trust that it’s going to get done and ignore things like not having enough money or actors needing last minute schedule changes. In the middle of the shoot we lost 2 of our key locations… but two all nighter meetings later we came up with two new matching locations. It ended up working out. That’s part of the game with indie projects. There’s no budget to prevent emergencies. Basically, you need to plan as much as you can and then the day you show up on set throw those plans out the window. Go day by day, trust your cast/crew/family, and somehow the project will get finished.

It seems that the cast have a great chemistry. Does that translate to off-screen too?

I hate all of them, but we do have great chemistry. Just kidding. We have awful chemistry. Just kidding, I meant I’m just kidding about the I hate them part. YES — it does translate off screen. We see each other outside of shooting quite a bit. We’ve all known each other for years, even before shooting Bloomers. The same goes for the crew. Every production meeting turns into a hang out session til odd hours in the night. These Bloomers people are probably the main reason why I’m so single.

Are you hoping to make a third season of Bloomers?

Absolutely. I’ve already written the first scene of the first episode. But this time around we are going to need some major funding — SO if anybody reading this might be interested in investing in a third season… please, hit me up.

For those that are yet to tune into Bloomers, sell the show and tell them what they’re missing out on.

Bloomers is a show about grown-ups learning to grow up. It seems like for my generation it’s the norm to feel like you’re still twenty when you’re already thirty. I know I certainly feel that way. It’s seems like many of us are taking a bit longer to get in the groove of our careers and to settle down and start families. That’s what this show is about, that moment in life when you really wish you could move on and become a full-fledged adult, but you just can’t seem to figure out how. It’s frustrating as all heck, but God these years have also been some of the most hysterical. I’m hoping both the frustration and the humor translates into Bloomers.

What other projects are you working on this year?

I’m working on a feature script right now that I intend on directing as soon as I can find funding for it. It’s a drama / action movie. It’s about modern American History… the film really explores what that term means, “American History.” It follows a love story on a corn farm in Iowa as it relates to a Muslim author in California and a pilot in New York. In addition, “Real Heroes” a superhero film I acted in last year might be released late this year, maybe early next year, but I’m hoping for 2013. Aside from that — I am an actor for hire!!!

You can find out more about Bloomers by heading to www.bloomerstheseries.com. Watch the season 2 premiere below: