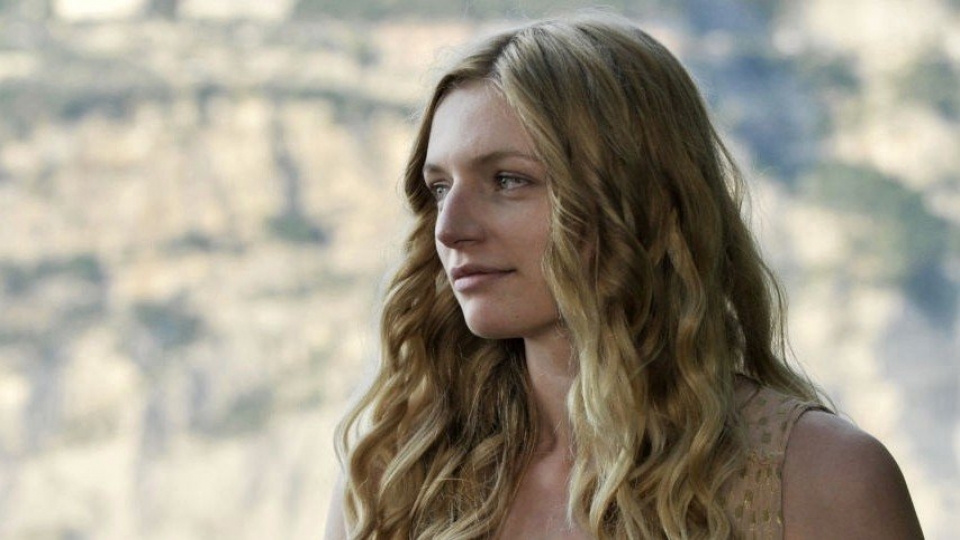 Molly Blixt Egelind stars in this years most enjoyable romantic comedy, Love Is All You Need. It’s a warm, funny, heartfelt comedy about starting a new life. Playing Astrid in the movie, Molly shines in her biggest role to date, starring opposite Pierce Brosnan and Danish legend Trine Dyrholm.

Set during a picture-perfect summer wedding in Sorrento, Brosnan plays Philip, a lonely, middle-aged English widower and estranged single father living in Denmark. Trine Dyrholm plays Ida, a Danish hairdresser recuperating from chemotherapy, who has just learned that her husband is leaving her for a woman half his age.

The fates of these two bruised souls intertwine as they embark for Italy to attend the wedding of his son, Patrick, and her daughter, Astrid (played by Molly Blixt Egelind). The bumpy path towards the union of their children, and the clashes and faux pas of their wedding guests, force Philip and Ida to re-evaluate all of their notions on family, love and happiness.

Filmed on beautiful locations in Italy and Denmark, Love Is All You Need is an uplifting tale of love, loss, absurdity and humour that will leave only the hardest heart untouched. It is a film about the simple yet profound pains and joys of moving on – and forward – with your life.

We chatted to Molly about her role in the movie, her experiences working alongside an all-star cast and about those beautiful, picturesque locations used in the film.

Thanks for taking the time to talk to us at EF Molly… Can you tell us about your latest movie Love Is All You Need?

Well, the movie revolves around this young and in-love couple, Astrid and Patrick, who are about to get married in Italy. While they’re excitedly prepping for the big party, back in Denmark Astrid’s mother Ida finds out that her husband has been cheating on her while she’s been sick with cancer. So there’s this joyful event surrounded by lots of family conflicts, some funny and some not so much. And it’s a really charming mix of drama and comedy.

What was the audition process like for the movie?

I was called in for the first round of auditions, and I clearly remember leaving the caster’s office feeling like I did such an awful job, but I laughed it off and kind of tried to forget about it, and a few days later I left for a nice little getaway in Paris with my sister. I had just sat down for my first meal in France when my phone rang, and it was my agent telling me that I went through to the next round. So I had to fly back to Denmark and audition again, this time with Susanne there to direct. Again, I left feeling like I had no chance of getting the part, and I flew back to my sister in Paris. When my agent called me the day after and told me I was one of two girls left, my sister and I decided to cut our vacation short and I went back, did the final audition and landed the role. It felt too good to be true, but a few weeks later I was is Italy, filming.

What do you like about Astrid as a character and are you similar in personality?

I mean, Astrid sort of grew out of myself, so of course we’re similar in some aspects. Basically, I think we share a poetic, romantic outlook on life. She sees the importance of surrounding yourself with love and beautiful things, and I do too. But I think I’m more assertive, more rooted and a little more realistic than she is. But the distance between the role and myself is what makes it exciting and challenging.

Your character shares many wonderful moments, especially with Trine Dyrholm. What was it like working with her?

She’s a very generous actor to work with – she’s so present and available. She really opens up and lets you in, witch made it quite easy to make a connection with her that was believable as a mother-daughter relationship. And on a more personal level she was very caring and helpful while we were away in Italy.

Did she share any advice with you on acting?

Not advice per se, but she was a strong support if I needed to talk or get something off my chest. And of course I couldn’t help but be inspired by her. But I’ve looked up to her for a long time. Actually, in my application for the Academy of Dramatic Arts here in Denmark, I had to write about a dramatic performance that had inspired me, and I wrote about Trine in 4:48 Psychosis that I had seen a few years before. So it felt like a real accomplishment for me, getting to work with her.

The movie looks like it was a lot of fun to make – does this reflect any personal experiences with the rest of the cast?

Somehow – even though we all worked extremely hard – the weeks in Italy still felt a little like a holiday. All of the Danish cast and crew were away from their families and we only had each other to hang out with during the weekends. So we very quickly felt at ease with each other and we had so much fun together.

He’s super charismatic and very down to earth, so whatever “Hollywood-star-mystery” he might have about him disappears as soon as you shake his hand. He’s funny and completely modest and has a lot of self-irony. He is a great colleague and a generous friend.

Was there any room for improvisation or did the cast stick squarely to the script?

Susanne definitely let us morph the lines here and there, and sometimes she specifically asked for us to “fill in” a little. Paprika Steen is superb at improvising, and some scenes she just took and ran with. It was great, but she really made it hard for me to keep a straight face. She’s one of the funniest people I know.

The film interjects the comedy with delicate drama – was this challenging as a performer?

I mean, Astrid is one of the more “straight guy” characters, and I just did what I felt was right for the role. I completely trusted Susanne with taking care of the balance between drama and comedy. There’s a saying that actors shouldn’t play page 58 on page one, and working with Susanne made that very easy. Her instinct is so strong, so it was nice to be able to just be present in the scene and not think ahead.

What was it like shooting in such beautiful surroundings?

It was magical. Arriving on the set for the first time was a multi-sensory experience! The smell of lemons, the salty, warm air, the dry earth – the location really had an inspiring atmosphere, it injected everything with such a joie-de-vivre.

The film has been gaining great word of mouth, how did it feel screening it for the first time to a live audience?

The first screening with and audience is always kind of nerve-wracking for me. I’m so aware of every sound from the people around me. But they just welcomed it and laughed in all the right places, and I felt that people were touched and moved by it.

Are you prepared for the fame that will undoubtedly accompany such a big film?

I don’t think it has really dawned on me yet that so many people are going to see it! Fame has never been the goal for me, and if I should end up being a famous face, I hope it’s because of my performance and not because of any exposure I might get. No matter what might happen, I’ll try to stay as humble and grounded as possible. That’s important to me, not to lose sight of who I am and why I’m doing this.

Can you tell us about your future projects?

I have a few small things lined up – I’m still looking for my next big project. Right now I’m in my second year of acting school and it’s very time consuming. But I’m really hungry to get out there in the real world and try out what I’ve learned since filming “Love is All You Need”!

Thank you for taking the time to chat to us today, best of luck for the future.

Thank you! You’re so welcome.

Love Is All You Need is in cinemas now.

Advertisement. Scroll to continue reading.
In this article:Love Is All You Need, Molly Blixt Egelind, Pierce Brosnan, Trine Dyrholm