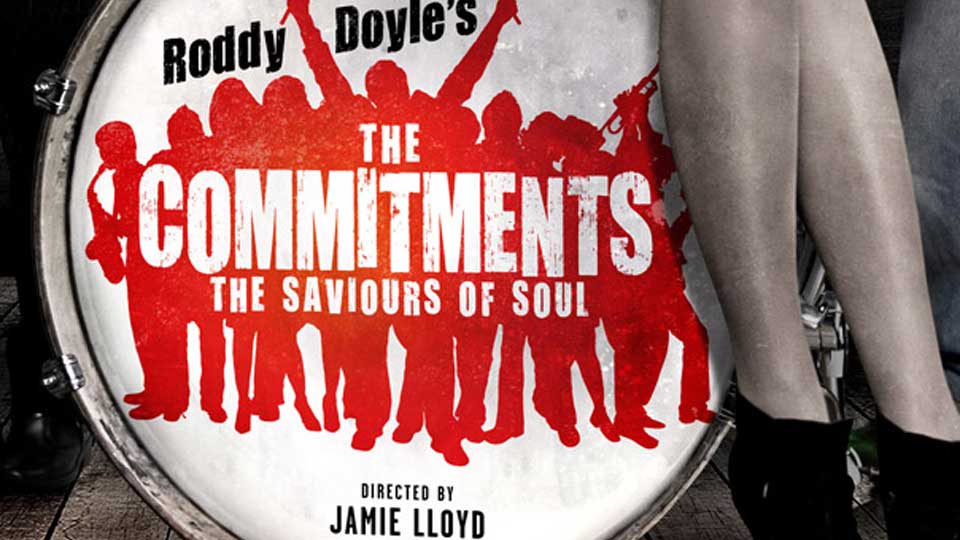 The Commitments is coming to the West End this October when it opens at the Palace Theatre.

Twenty five years after the publication of Roddy Doyle’s best-selling novel, the show has been adapted for the stage by Doyle himself. Jamie Lloyd, who recently directed the critically acclaimed Macbeth, will direct the production.

All tickets for the previews will be half price with the cheapest tickets going for £5. More than 100,000 tickets for the initial one-year booking period will be available for just £10.

The cast is yet to be announced but it is expected to be made up of new, fresh talent some of which will be making their West End debuts.

The Commitments is the story of Jimmy Rabitte, a young working class music fan, who shapes an unlikely bunch of amateur musicians into an amazing live act, the finest soul band Dublin has ever produced. The show follows the journey of two members of a frustrated synthesiser band – the opening scene has them playing but ignored in a shop window – who turn to Jimmy, the local music expert, for help.

Placing a classified advert in a music paper, Jimmy auditions a number of wannabes before finalising the new line up who he names The Commitments. The humour kicks in as the band get to know each other and their instruments, and proceed through early rehearsals for their first gig. Just as they improve and begin to get a name for themselves they combust. The backing singers are all getting off with the middle aged horn legend, the singer has entered Eurovision and the saxophone player has dangerous leanings towards a jazz career.

You can get more information about the show and tickets by heading to www.thecommitmentslondon.com

In this article:Roddy Doyle, The Commitments