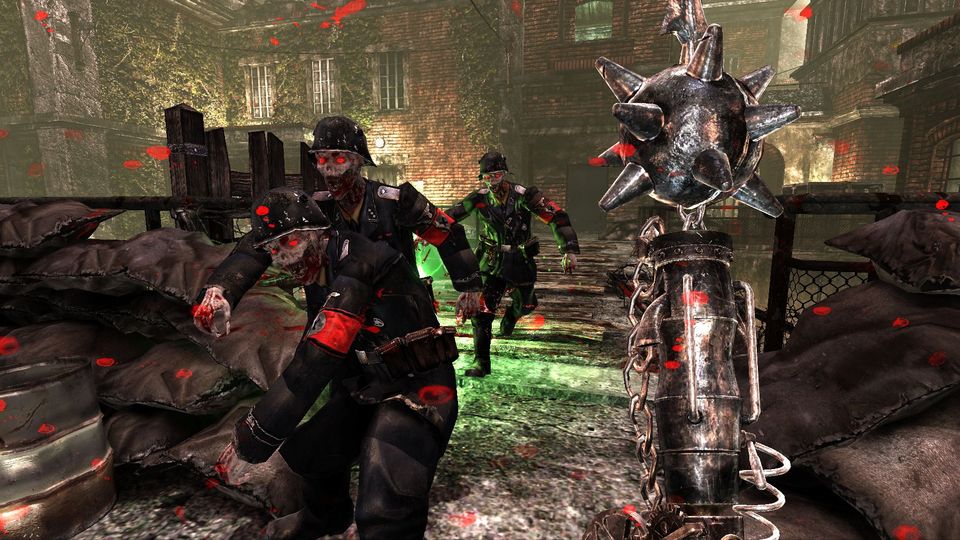 After the release of Painkiller: Hell & Damnation last October the developers, The Farm 51, promised to keep supporting the game with a variety of DLC. The developers have stayed true to their promise and following on from The Clock Strikes Meat Night DLC they are back with another – Zombie Bunker.

For Zombie Bunker the developers have chosen a bizarre military setting where you get to face off against American, Russian and German forces. The DLC also jumps on the zombie bandwagon by making the troops you face all zombies. The setting feels much like the recent Sniper Elite: Nazi Zombie Army but here the zombies are the fast-moving types and you’re armed with the insane Painkiller arsenal.

Two old maps return and have been reworked for the DLC as Stalingrad and Military Base. Some of the new additions to these include inbound airstrikes and bombs dropped from planes and zeppelins. There are also new boss fights, zombie airborne troops that drop into the action, stationary rocket launchers and mobile tanks.

In addition to the reworked map there is a brand new one called Bunker and also a multiplayer map called DM Fragenstein. The maps have a World War II kind of feel to them but at times they are a little confusing. The single player again suffers from repetition and at times you can end up stuck until you realise there’s an enemy you missed. There are also a couple of times we ended up stuck – one time on a roof that only let us jump off at a certain point and another where we needed to shoot a barrel in order to progress.

There is a new Silver Tarot card on offer that grants armour regeneration but our favourite feature of Zombie Bunker is a new weapon called a Morgenstern. This is a metal mace-like weapon featuring a large spiked ball on the end. When running at a crowd of enemies and murdering them all with melee blows it does feel a little overpowered but it’s a lot of fun to wield. Like other weapons there is also an alternate attack mode – holding down the right mouse detached the ball from the end onto a chain allowing you to swing it around. This makes mowing through hordes of undead even easier but also charges the ball up. Once charged you can launch it at enemies and it becomes a kind of sticky grenade allowing you to takeout enemies from range.

Overall we found Zombie Bunker to be a little underwhelming. Despite the new setting most of the action feels similar to previous levels. If you’re a massive Painkiller fan and just can’t get enough then you should also pick this pack up. However if you’ve fallen out of love with the game there is little here to tempt you back.