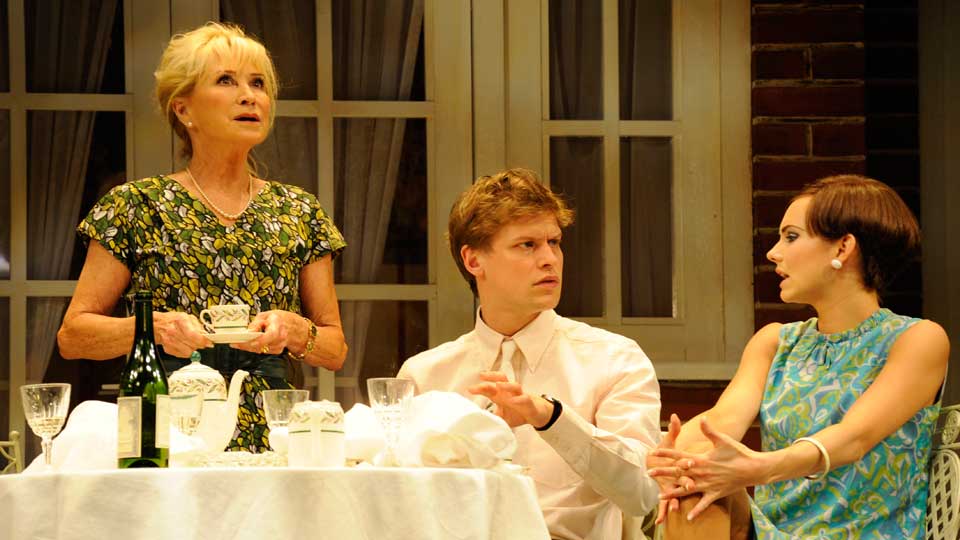 Alan Ayckbourn’s hilarious comedy Relatively Speaking will be showing at Milton Keynes Theatre from 6th to 11th May.

Starring Felicity Kendal, Jonathan Coy, Kara Tointon and Max Bennett, the new production was a huge hit last autumn. The show will be coming playing at Milton Keynes Theatre prior to its transfer to the Wyndham’s Theatre in the West End.

Greg only met Ginny a month ago but he has already made up his mind that she’s the girl for him. When she tells him that she’s going to visit her parents, he decides this is the moment to ask her father for his daughter’s hand. Discovering a scribbled address, he follows her to Buckinghamshire where he finds Philip and Sheila enjoying a peaceful Sunday morning breakfast in the garden. The only thing is – they’re not Ginny’s parents.

The production is directed by Lindsay Posner who has recently directed acclaimed productions of Noises Off at London’s Old Vic and Abigail’s Party in the West End.

You can get tickets by heading over to www.atgtickets.com/miltonkeynes