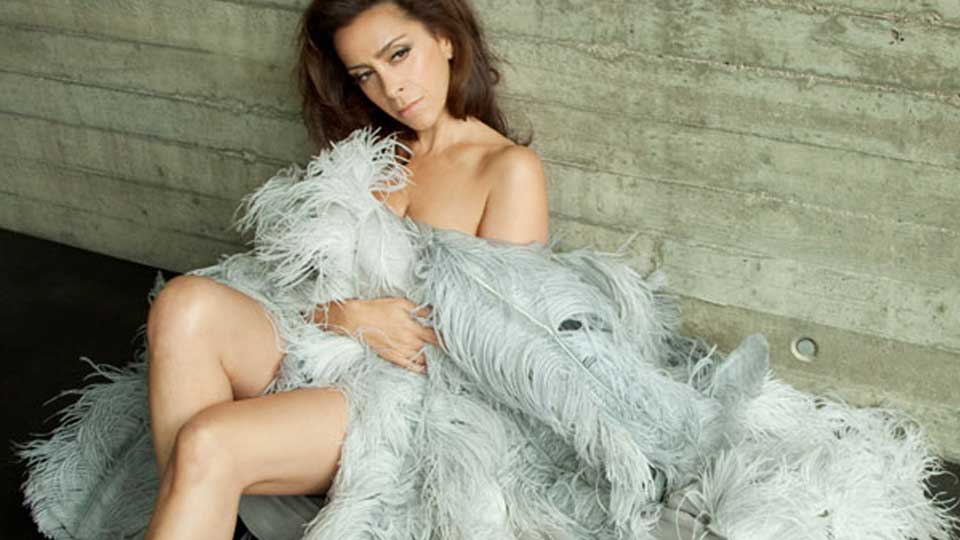 Karen Ruimy is a woman that brings a whole lot of influences to the table. Having had a Moroccan upbringing, Arabic themes dominate her music. She has also been very influenced by the sound of French, American and London singers, as she has spent a great chunk of her time living in such different and diverse countries. A chance meeting with Peter Gabriel led to an introduction to Justin Adams, along with an invitation to record at Gabriel’s Real World studios, some might call it fate! Of working with Justin, Karen stated: “When I met Justin, I discovered that he knew so much about Moroccan music and rhythm. He could play on the derbouka all the rhythms I was dancing to in my youth. He knew also about the music of the Gnaoua people, the Berbers from the South, the music from the Atlas Mountains tribes that I belong to. Writing with him was magical.”

The album opens up with a very passionate infused sounding song called Sangre, it’s sexy and seductive. Come With Me has a euro-pop sound, which has been remixed by the dance genius that is Paul Oakenfold, which has seen it blow up and become a clubbers favourite. It is the type of song that you’d hear on your summer holiday abroad in a cheesy nightclub and it’d be one that you’d remember and have a giggle about when you got home. Karen is her own person and strives to use as many difference influences as possible in her work, which adds a very impressive creative string to her bow. On the song Sultana, Karen romantically imagined that she was dancing under a star-lit sky, something that you would definitely do abroad, and not so much is smog-filled London! These songs are starting to remind us of summer and are a great escape and release.

Khamsa includes a rap section, an ode or theme perhaps picked up during her time of living in America, where rap music is heard everywhere and adored by millions, more so than anywhere else in the world. She goes back to basics and uses her mother tongue of French to give us the lovely Sans Cesse and Les Oiseaux, so it comes as no surprise that she sings the songs with such ease, they are very flowing and easy to listen to. My Love Is Waiting is the song that we think would warm her to the British public as it has a very British sound and a very distinct pop feel, that we think the UK market would like and it is our favourite on the album. The closing song Whisper is the perfect way to finish the album off on a gentle and relaxing hum.

This is a very unusual album, full of surprises and influences that we can’t say we’ve heard collectively before. In a music market that is dominated by taking what works and remixing it or producing it again in a slightly different way, Karen’s album comes as a breath of fresh air. The album was very easy to listen to, whatever language she was singing in, which will also enable her to reach a broad market, whatever part of the world that she wants to target or go on tour to! Julio Iglesias, you might have a contender to match how many different languages a person can include on an album! Her vocals are very smooth and consistent throughout the album and more importantly, all of the songs are very catchy.

Advertisement. Scroll to continue reading.
In this article:Karen Ruimy