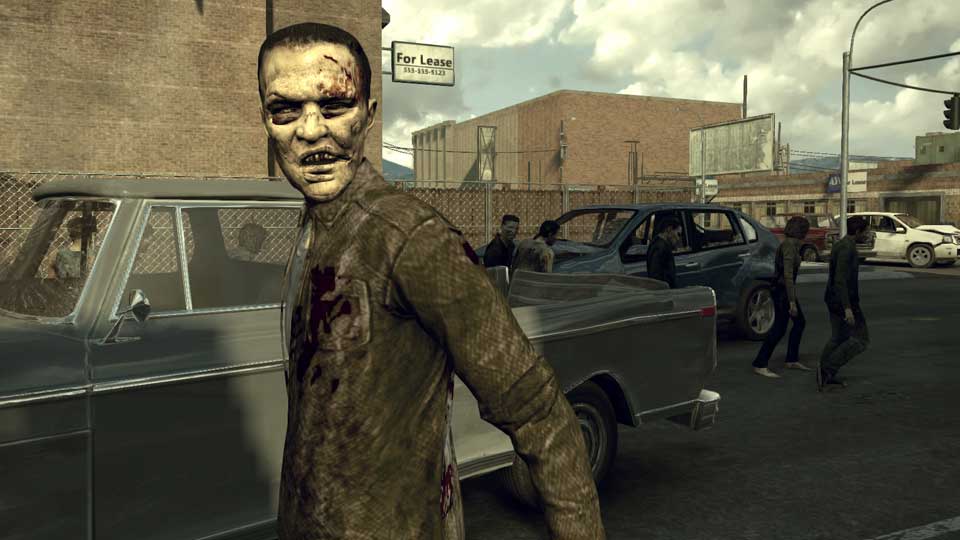 When we first heard that Activision was making their own game of The Walking Dead we became a little worried. Following the incredible experience that was Telltale Games’ episodic take on the Robert Kirkman comics, we weren’t sure another take would be able to do it justice. The Walking Dead: Survival Instinct is based on the TV show, rather than the comics, and is a first-person-shooter putting you in the shoes of Daryl Dixon (voiced by Norman Reedus).

As Daryl you have to lead groups of survivors, including his brother Merle (voice by Michael Rooker), and carry out a variety of tasks. These include finding items hidden around the environments, battling zombies and getting safely from one point to another. Along the way you interact with characters who can help you and try to avoid the hordes of Walkers desperate to bite you.

You’re guided a compass (which isn’t actually all that effective) to help you find you way to the next objective. Honestly the level design is so simple we barely used it but we did notice several times that it wasn’t actually pointing in the direction of where we needed to go.

Between levels you have the option of travelling to your next destination in a variety of ways. Each of these have pros and cons such as using more/less fuel, taking longer/shorter time to reach and of course there’s always the chance you may break down on your journey. This is designed to give the game some replay value and also to make you think before you act.

Sadly after spending a lot of time with The Walking Dead: Survival Instinct our initial fears were confirmed. Whilst we weren’t blown away by the initial preview footage we saw, it soon became clear that this is a cheap and lazy cash-in on the popular series. The first thing that disappoints is the graphics. Whilst the Walkers look pretty decent everything else doesn’t. There’s no depth to the visuals, the characters aren’t rendered particularly well and the environments feel stale and repetitive.

The next problem you quickly identify is the combat. When a game forces your strategy to be ‘avoid all enemies’ you know it’s not going to be good. Fans, and us, were hoping for a real shoot ‘em up style FPS but this doesn’t deliver. What actually happens is if you encounter a large group of Walkers you are pretty much guaranteed to die. Whilst the zombies wait in turn to attack you (we’re not kidding) you get a close-up of your Walker foe’s head as you try to scramble and focus to stab it in the brain. Much better is the stealth combat that allows you to sneak up on Walkers and quickly jab them in the head. Sadly the opportunities to use these aren’t as frequent as they need to be in a game that relies on you not really battling many Walkers in order to survive.

The main problem though is that the game is simply very dull. Whereas Telltale Games’ incarnation was gripping, scary and very emotional, The Walking Dead: Survival Instinct lacks intelligence or, pardon the pun, brains. It all feels very passive and underwhelming and the spirit of the show isn’t captured at all.

It’ll take you around 5-6 hours to work through The Walking Dead: Survival Instinct if you don’t give up out of frustration first. The repetitive nature of the gameplay combined with a rather dull narrative makes for a very disappointing game. Licensed games don’t have the best reputation and with titles like this on the market it’s no surprise. We’d recommend you wait for the second season of Telltale Games’ version of The Walking Dead and keep your distance from this one.