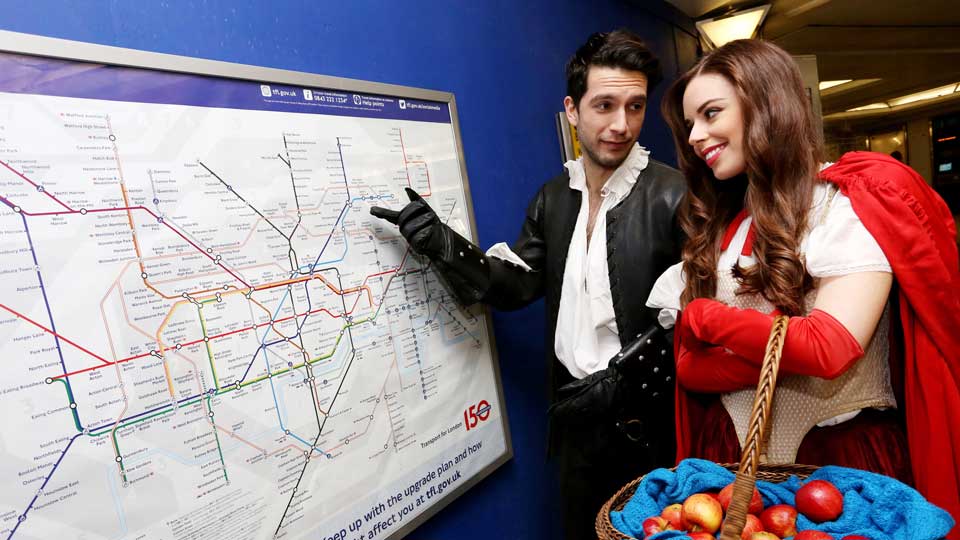 Once Upon a Time returns for a second season on Channel 5 this weekend and to celebrate a host of fairy tale characters took to the London Underground.

Once Upon a Time was created by the writers of Lost and focuses on the inhabitants of Storybrooke, Maine. All the characters are actually from fairy tales but they’ve had their memories wiped by the Evil Queen aka Regina (Lana Parilla). At the end of the first season detective Emma Swan (Jennifer Morrison) lifted the curse and all the characters memories started to flood back.

Once Upon a Time season two begins at 9pm this Sunday on Channel 5.

In this article:Channel 5, Once Upon a Time