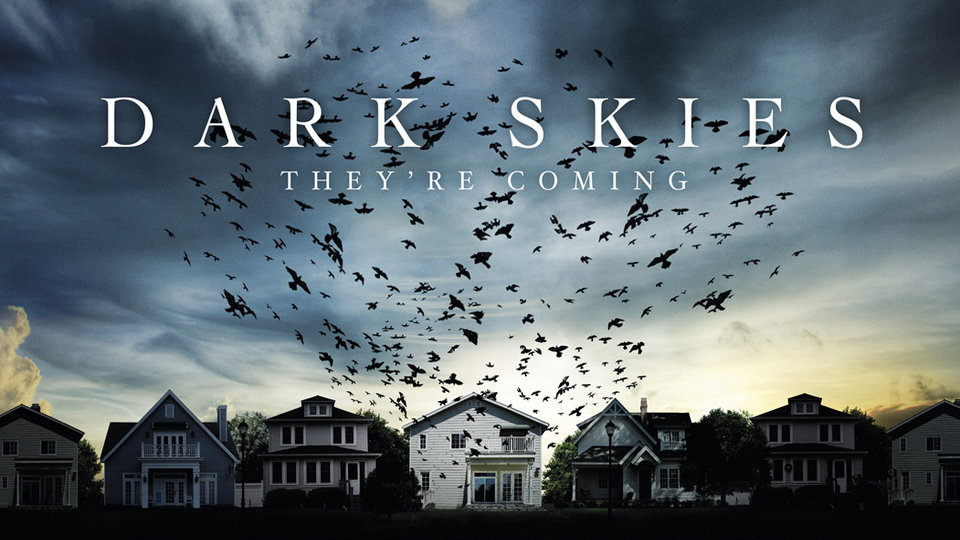 Dark Skies, the new supernatural thriller from producer Jason Blum, has arrived in UK cinemas now. To celebrate the release we have teamed up with Momentum Pictures to give 3 x lucky winners the chance to win a DVD horror bundle which features the following films; Insidious, Sinister and The Woman In Black.

From the producer of Paranormal Activity, Insidious, and Sinister comes Dark Skies; a supernatural thriller about a young family living in the suburbs. Daniel and Lacey Barret and their two young sons witness an escalating series of disturbing events involving their family. Unable to understand what is happening to them their safe and peaceful home quickly unravels and friends turn against them.

When it becomes clear they are being targeted by an unimaginably terrifying and deadly force, Daniel and Lacey take matters in their own hands to uncover the truth and protect what belongs to them.

In this article:Competition, Dark Skies, Insidious, Sinister, The Woman In Black