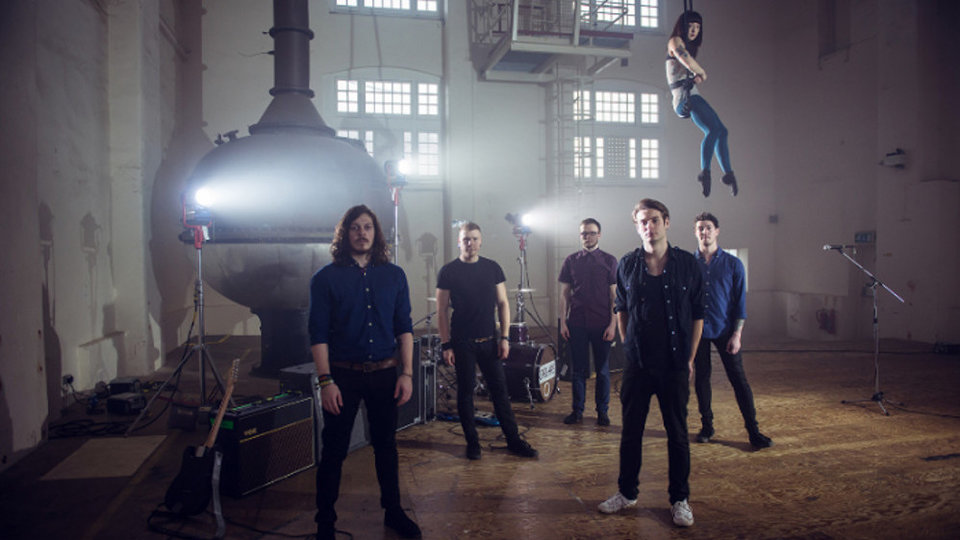 The rock mob that are Scholars are finally set to release their debut album and the first single from that album is this one, called Black and Blue. The band say “Black and Blue is about becoming involved with a beautiful but deadly woman was has her evil claws buried in your back. The lyrics are derived from a personal ‘she-demon’ experience and focus on the obsessive behaviour that develops from the ‘treat-em-mean, keep-em-keen’ phenomenon. It’s like putting your hand in the fire for the 100th time and telling yourself it won’t burn this time.”

Having supported everyone from Twin Atlantic, Hell Is For Heroes and Hundred Reasons in their tenure, this single is a showcase as to how they bring all their live energy to the stereo. Black and Blue song captures you within seconds and it gets going at that same rocket pace, hurtling along at 100mph, before coming to a slow and whispering halt as it ends. Sam Nicholls’ vocals are very distinct, captivating and catchy. The song is somewhere in the rock-pop-indie mould, but with an extremely fresh sound. The song is instantly hook laden and continues at this pace throughout the song. We love songs with energy and this one has it in spades.

Scholars certainly know the importance of making a memorable entrance and it is a really great showing of what they are capable of and it’s a very wise single release. The song has enough of a rough edge to keep the song a little harder hitting. If Black And Blue is a taste of things to come, Scholars are certainly an exciting proposition and a band to keep a close ear out for, in this coming year.

Advertisement. Scroll to continue reading.
In this article:Scholars