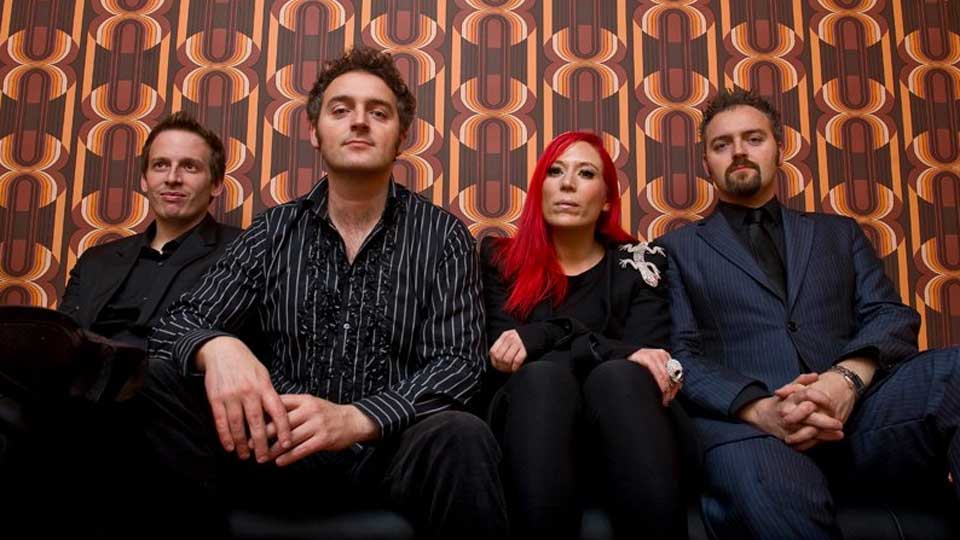 The Scaramanga Six are an underground rock band, hailing from oop North, in Huddersfield. You may not have heard of them, yet they have been ploughing the independent music scene since the late 90’s and have been releasing record on their own label, Wrath Records. Self-release is very en vogue these days and many bands who have hit the big time decide to go this way, to take the reigns and lead their releases by themselves, without the big pressures of the huge labels. The Scaramanga Six however are leaders of the pack, as they have been doing it for well over a decade. The band decided to add a few extra contributing members to this album, with a second drummer (Stephen Gilchrist) and a talented piano player (Gentleman James Kenosha), which actually gives them the ability to call themselves The Scaramanga Six for the first time in years. (Yes, there are six of them!) The band have an impressive back-catologue of work to date and this is their seventh studio album! You might want to check out their other work if you are a fan of this album as they have a similar feel to this one.

This album is a little different to all of the albums that they have released in the past however, as they have upped their game and stepped things up a notch by working with one of the best engineers in the world, a man who is known as Mr Steve Albini (who has worked his magic with the likes of the Pixies, Nirvana and PJ Harvey). He is often referred to as Albini. To get the authentic sound associated with Albini, all of the songs had to be recorded live. Over-dubbing and re-records are surely for those who are not talented or accurate enough to get it right the first time around? Well, there is no second chance to sing a part right at a live gig, so why should it be any different on a record? Unless you’re of course you’re an artist who likes to mime, in which case, there is nothing better to get the sound right! The Scaramanga Six do not fall into the miming bracket, therefore the sound that you hear on this album is raw, fresh and rugged, because it has had very little post-production work done to it.

After listening to the album, we can safely say that this album is one huge, often sad, dark and angry rant! Songs such as the rather depressingly titled I Will Crush Your Heart, The Bristol Butcher and Twist The Knife demonstrate this very clearly. A songwriter who we rate as writing songs that are in essence mini stories layered over with a huge chunk of guitar, is Kelly Jones of the Stereophonics. We are not comparing the Stereophonics to The Phantom Head as such, as they could not be any more different, however their take on songwriting has a very similar style here, as this album feels like it gives us a collection of twelve mini stories – with each song being so very different to the next. It’s Just A Matter of Time is an incredibly epic six minutes long and there’s just something very indulgent is a song that goes on for so long, Bohemian Rhapsody, any one? And it’s something that we love.

Although the content is pretty dark and often gloomy, it perhaps their best album to date. They have kept to their roots and to what they stand for, but it is perhaps a credit to Albini’s that he has helped them reach a broader feel that would appeal to the as yet non-Scaramanga Six fans. Phantom Head is pop-grunge, very dark and very angry. The songs are impressively arranged and the guitar playing is pretty impressive throughout the album. The album won’t be for everyone, due to its dark nature, but the overall sound is really great and its an album that has been very well made, with some great attention to detail.

Advertisement. Scroll to continue reading.
In this article:The Scaramanga Six