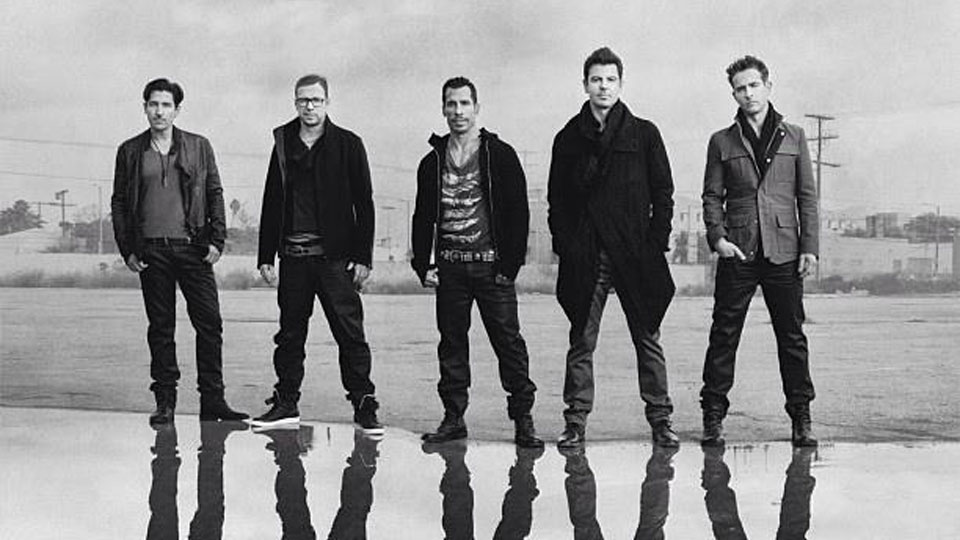 New Kids on the Block returned in 2008 after a 14-year chart absence with new album The Block released via Interscope. That album saw the group update their sound with a more R&B feel and featured collaborations with Ne-Yo, the Pussycat Dolls and Lady Gaga (who was relatively unknown at the time). Five years on the group are returning with a new album after departing Interscope. 10, named so as this is their tenth US album release, marks a return to the classic New Kids on the Block sound.

For 10, New Kids on the Block have returned to their pop roots ditching the R&B sound of their last effort. Looking over the album credits we’re surprised to see that the four members of JLS have writing credits along with Graffiti 6’s Jamie Scott and former Fame Academy star Lemar. This ensures that 10 is a cohesive pop masterclass with New Kids on the Block proving that they can keep up with the younger crop.

Lead single Remix (I Like The), co-written by  Lemar, is an uptempo track with a strong beat and those New Kids harmonies shining through. The track is definitely a throwback to the group’s original glory days and it’s a fantastic reintroduction to their pop prowess. Remix (I Like The) is one of the few uptempo numbers on the record with the majority of the album adopting a mid-tempo feel. With this album it’s clear that New Kids on the Block want to focus more on their vocals than making people dance.

We Own Tonight opens the record with chunky beats, tight harmonies and a soaring chorus setting the tone for 10. Jordan Knight told us in our recent interview that the album focused more on relationships and life, and less on partying. That’s evident throughout the record with passionate vocals on the bittersweet Wasted On You, the heartbeat-driven Miss You More, and the gorgeous Back To Life. Vocally closing track Survive You is the strongest with each of the group getting to showcase their vocals; it’s rare that we get to hear Jon or Danny.

There are moments when the band take their foot off the mid-tempo pedal though. Crash is a club track with a squelchy beat that explodes into a euphoric hand-clapping chorus whilst The Whisper sounds a little like a dance remix of a Coldplay song.

In terms of highlights the dreamy Take My Breath Away is a strong track but we think that Jealous (Blue) is the standout. The song isn’t like anything you’ve heard from New Kids on the Block before. The mid-tempo beat pumps through the melody whilst the group emotes the lyrics using some serious falsetto.

Anyone expecting the album to sound like The Block may be disappointed but if its good pop that you’re after then look no further. New Kids on the Block may have been around for 27 years but they put the majority of the current pop groups to shame. 10 is a cohesive record that reminds you that the group are vocally one of the strongest still in the pop landscape. We can’t wait to see them performing it live if/when they make it back to the UK.

Advertisement. Scroll to continue reading.
In this article:New Kids on the Block