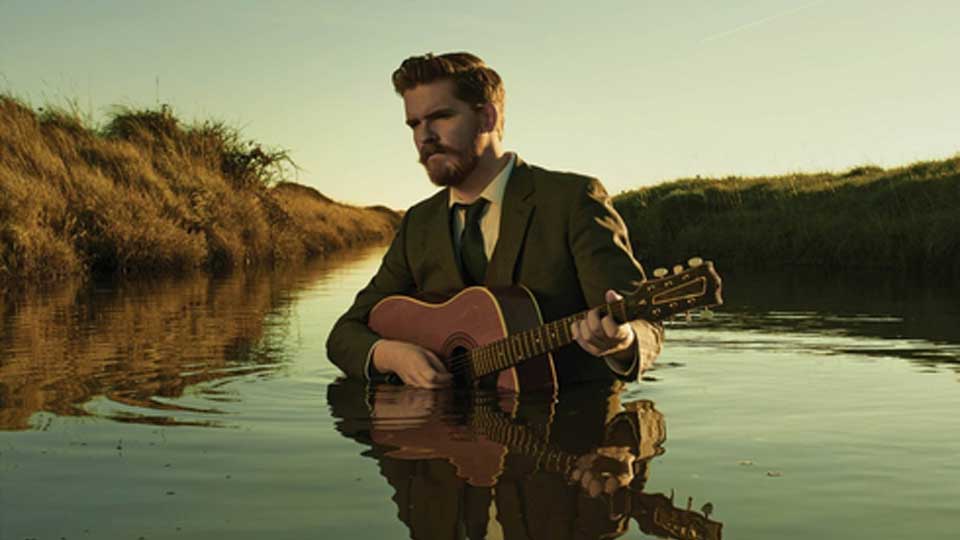 Devon singer-songwriter John Smith wasn’t sure he was going to continue a career in music after a 2-year writer’s block that left him doubting his abilities as an artist. It wasn’t until he started working with songwriter Dennis Ellisworth and American producer Joe Henry that he started to find his creative flow again. The end result is his new album Great Lakes which features 11 new tracks and sees Smith attempting to move away from the self-proclaimed inaccessibility of his previous albums.

Great Lakes is a simple yet beautiful record with the focus on Smith’s emotive voice and his impressive guitar-playing. Smith grew up in a musical household and was playing guitar aged 11. That early start shows through these songs as Smith riffs his way through melodies and creates mesmerising musical landscapes. Great Lakes opens with one of the album’s finest tracks, There Is A Stone, which marries a gentle beat with Smith’s acoustic picking whilst he sings of being unable to express himself when he needs to. His voice is smoky yet emotive, a little like a less gruff Ray LaMontagne if you can imagine that?

Trying to pick a favourite moment on the album is like somebody asking you which of your children you like best. Each song is easy to love and Smith’s under-stated approach is so stunningly beautiful that he makes it near impossible for you to single out any tracks. The gentle Freezing Winds of Change is one track that captivated us from the first listen whilst the almost lullaby-lilt of Salty and Sweet switches up the tempo whilst Smith’s voice quivers over the acoustic melody.  Lisa Hannigan lends her voice to the album and works wonderfully with Smith on album closer Lungs.

The folk-country stylings of the title track Great Lakes is a definite highlight. What starts as a quiet and gentle track soon increases in volume and intensity with Smith’s voice soaring. Perfect Storm is another gem where Smith explores love and his experience of it. The lyrics are heartbreakingly honest and the Smith’s guitar-playing extraordinary.

Great Lakes is an album that demands your attention. It wants you to listen to every lyric and every melody without distraction. Once it’s over it wants you to press the play button once again and start all over. It seeps into your soul and begs you to breathe with it. We haven’t heard a record quite this special in some time and we can safely say we’ve not had it off our speakers for quite some time. Do yourself a favour and get acquainted with John Smith right now.

In this article:John Smith, Lisa Hannigan