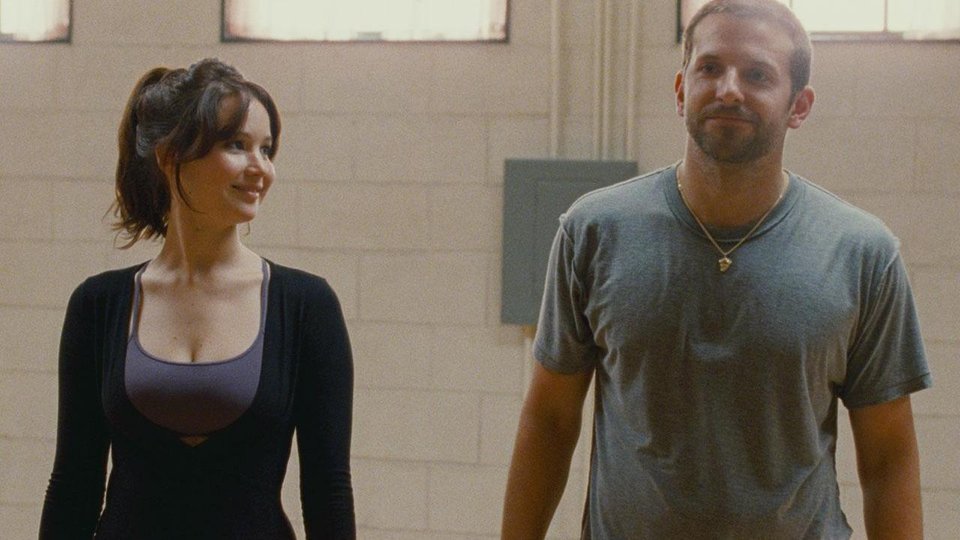 After leaving a mental institution, teacher Pat Solitano (Bradley Cooper – The A-Team) returns home to live with his parents and try to reconcile with his ex-wife. It becomes clear that his wife doesn’t want anything more to do with him so Pat decides to get himself in shape and change his life around. Along the way he meets a friend of a friend named Tiffany (Jennifer Lawrence – The Hunger Games), a girl working through her own personal issues. The two strike up an unlikely friendship and reluctantly help each other deal with their current predicaments.

Silver Linings Playbook could have gone a lot of ways. After seeing the trailer you’d be forgiven for thinking that this is just a romantic comedy. Or perhaps a hard hitting drama? Maybe it’s a story about a dysfunctional family getting to grips with personal illness? It isn’t any one of those things; it’s a delicious mix of them all and so much more to boot. Silver Linings Playbook is a complex story made simply and effectively by writer/director David O. Russell that impresses throughout.

Finally, Bradley Cooper has reached that level where he is getting roles to match his talent. For so long Cooper has been an actor many have admired but someone who never got the worthy roles that would stretch him as a performer. Now he has been given his chance and he grabs it with both hands. He is fantastic in Silver Linings Playbook, giving Pat Solatano a relatable and very believable interpretation. He handles the complexities of the role with maturity and texture to make him a serious contender for Best Actor come awards season.

As great as Cooper is, even he is overshadowed by a sensational lead performance from Jennifer Lawrence. After The Hunger Games did storming business at the box-office, Hollywood has a new darling and it comes in the gorgeous, shapely form of Miss Lawrence who excels in Silver Linings Playbook.

The character of Tiffany was very easy to overplay and get wrong. Lawrence manages to not only navigate those choppy waters, she completely wins you over with a character that (at least on paper) can be hard to like. She gives a balanced and powerful portrayal of vulnerability, confidence, inner strength and sassy guile to startling affect. Make no mistake, Jennifer Lawrence is a true star and Silver Linings Playbook certainly establishes her as a major force in Hollywood.

Robert De Niro continues his trend of making everything better and hands in a supporting role of true worth. He is sensational, even when he isn’t doing much onscreen. He also shares a wonderful dynamic with Cooper, something developed and furthered from their time together on Limitless.

The film also has a nice sprinkling of supporting talent with Rush Hour’s Chris Tucker impressing in a rare straight role (but he still manages to get his trademark dance moves in there at least once). John Ortiz, Jacki Weaver and Anupam Kher round off the additional support well.

The middle of the film does occasionally threaten to lose its audience and you do wonder where certain plot strands are heading. But O. Russell pulls off an amazing final third to really hold your attention and make Silver Linings Playbook end on a real high. Remarkably, he shifts the film into a different and quite unexpected gear that compliments the story perfectly.

Silver Linings Playbook is a gem of a film that will reward you with a finale that’s captivating and heartfelt. With amazing, award-worthy performances throughout and the assured hand of David O. Russell at the helm, Silver Linings Playbook is one of the years brightest sparks and certainly one of its most unexpected surprises. Hilarious, heartfelt and delightfully offbeat.