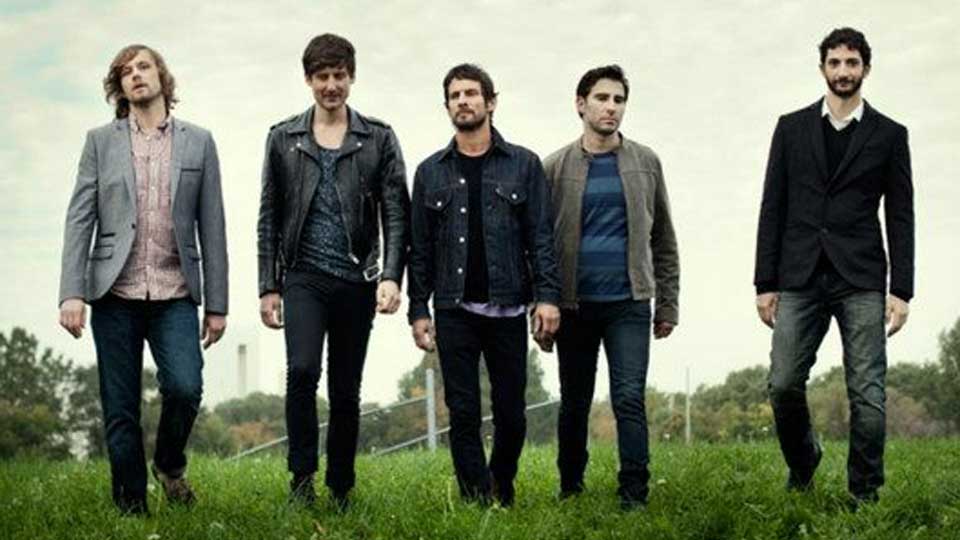 Sam Roberts is a Canadian singer-songwriter who found success in his native with 2001 debut release The Inhuman Condition.

His new EP I Feel You, is released in the UK on Monday and features four tracks. The release is anticipation of Sam’s London gig at The Old Queen’s Head on Thursday 28th March.

We caught up with Sam to find out more about his music, talk about the EP and discuss his British audiences.

How are you today and where does this email Q&A ﬁnd you?

I’m doing ﬁne thank you, writing from my home in Montreal, Canada

You’re releasing new EP I Feel You this month. Tell us about it.

It’s a four-song independent release meant to ignite an eternal love-affair between Britons and the SRB.

Why did you decide to release an EP before a new album?

We didn’t want to give the UK full-blown indigestion right out of the gates so we ﬁgured a few appetizers would help us all to get a little better acquainted. I’m a believer in the full-length album as the ultimate rock n roll listening experience but the EP is also a great format – a no-nonsense, tight blast of songs that leaves you wanting to hear more

Give us an insight into what you’re like in the studio. How do you put a song together?

I like to write alone in my basement. A song can be born out of a melody, a rhythm, a lyrical sketch…each one is different. I work these fragments into as complete a shape as possible, but there is always room for them to grow. That’s where the band comes in. We break them down and build them back up, try to come at them from different angles to see if there is something undiscovered waiting to come out. This continues right through the studio sessions until we ﬁnally have to pull the plug and say “this is as done as it’s going to get….” Always a difﬁcult moment.

What’s your favourite part of your job and why?

My favourite part of a life in music is the same thing which scares me the most about it – it’s unpredictability. No two days are ever the same, as soon as you think you have it all ﬁgured out the rug gets pulled out from beneath your feet sending you off to sometimes higher heights or, just as often, lower lows. But at the heart of it, your fate lies in your ability to speak to people through music, and that’s the kind of gamble I’m willing to make.

Over your career so far you’ve picked up lots of awards, and nominations. How important is industry recognition to you?

It’s a great feeling when it happens but you can’t set your watch by them. Far more frequent than awards or recognition are the times when you have to eat humble pie, put your head-down and grind your way through a tour of half-empty rooms. How you respond to that challenge is a far-better indicator of the health of your career.

Which musicians do you look up to and ﬁnd inspiration from?

My all-time favourites are John Lennon, Ray Davies, Bob Dylan and Joe Strummer. To me, they represent the highest standard in songwriting against which we must measure our own efforts (not always the most forgiving mirror to look into….)

You’re performing a live show at The Old Queens Head on 28th March. How do you ﬁnd UK audiences?

UK audiences have been good to us in the past but this will be our ﬁrst acoustic show so I’ll reserve judgment until afterwards!

What’s your favourite thing about coming to the UK?

Family, a quiet corner in a pub, cops without guns, please and thank you’s….

What else do you have planned for the year?

We start recording a new full-length record in May and hope to have it done soon. We’ll be touring around Canada and the US all summer…

Pip Ellwood-Hughes
Pip is the Editor of Entertainment Focus and the Managing Director of agency Piñata Media.
Previous article
Lady Antebellum to release Golden in May
Next article
98 Degrees debut new track Microphone