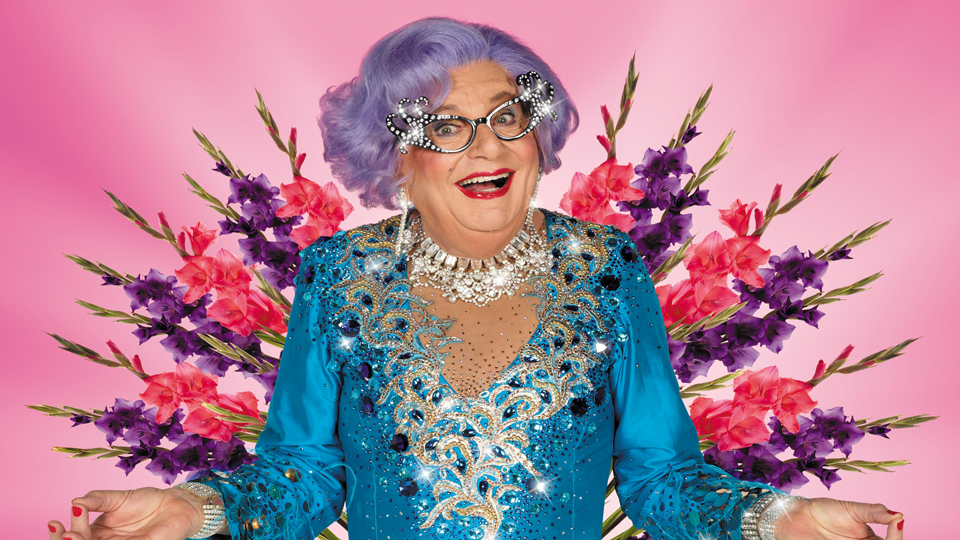 Legendary entertainer Barry Humphries is to extend his Farewell Tour of the UK in to 2014.

Eat Pray Laugh! will give audiences the chance to bid farewell to Humphries and his unforgettable characters: the Honorable Sir Les Patterson, Sandy Stone and, of course, the iconic Dame Edna Everage.

Dame Edna is one of the greatest stars of the last 50 years; the “housewife superstar” has played the West End and Broadway performing to packed theatres including the Royal Albert Hall at the Last Night of the Poms, as well as countless performances for the Royal Family. Television credits include the legendary UK special A Night on Mt. Edna as well as her own innovative chat show The Dame Edna Experience.

This brand new show is directed by award-winning Australian theatre director Simon Phillips, who directed the original Priscilla Queen of the Desert, with design by Tony Award-winning Brian Thomson, who designed the original Australian and London productions of Jesus Christ Superstar and The Rocky Horror Show, as well as the closing ceremony of the Sydney Olympic Games.

Barry Humphries brings his characters to Leeds Grand Theatre from Tuesday February 25th to Saturday 1st March 2014. Tickets are available now online at leedsgrandtheatre.com or call the box office on 0844 848 2700.